Thoughts Of A Predicate Felon 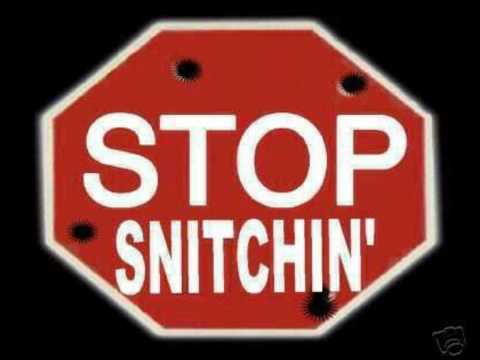 [Intro/Chorus 2X: Tony Yayo]
I ain't your friend, you a tattle teller
You rat, you snitch, you jealous nigga

You coward nigga, you teller nigga
Tuck your tail, pluck your whiskers you tattle teller

[Tony Yayo]
There's rats in the street, and rats in the jail
In the feds, rats wear wires in they cell
Shit Steven Seagal, I used to love his karate
But even he snitched, he told on Peter Gotti
Pillowtalk wit'cha girl about that German Ruger
got her in a small room with the prosecutor
Watch ya shooter, them feds givin years for them guns
And there's nowhere to hide, when the marshals come
D.A. don't play, giving life off of hearsay
And right hand on the stand for conspiracy
Kingpin charges, and that RICO law
got agents in your spot for them bricks of raw
And people tellin on you that you never saw
Like your next door neighbor that live on your floor
The game over, man everybody wanna snatch
Fat Cat and Alpo nigga started this shit

[Tony Yayo]
Be careful what you ask for, Joe got bagged
He got knocked by the feds for some things in his past
Now he rattin on his co-D's, snitchin on his homies
to government officials, and U.S. attorneys
He told about his lifestyle and old war stories
The brawl in B-more in the stall with them shorties
Out of town trips, cocaine connects
He told about the ratchets, fo'-fifths and tecs
He snitched about the diesel, stashed in the ceiling
He bragged about them kids that caught bodies in his building
He told on himself and told on his right hand
He talked about taxes and credit card scams
Joe took the stand, he sold his soul
But little did he know he dug a deeper hole
He lied on his friends and the judge flipped on him
Now he in Fort Dix with a man's dick on him

[Tony Yayo]
Death before dishonor, what happened to that?
Them wolves in lamb's clothing is the ones that's rat
Nicky Barnes and Alpo, Cat and Freeze
I heard Ta-Ta tellin just to get that cheese
Pipe on death row, they told on Pete
They the reason that pistol ain't on the street
Chris Portello, yeah he used to fuck with Madonna
The South Beach King is, federal informer
Homey watch the corner, slingin that crack
That kid C.K. told on O.G. Mack
Sammy the Bull man, he the biggest of them all
He broke the code, he made the whole mob fall
Italian Joe Camby, he messed up the game
He tellin on his people like Saddam Hussein
So when you standin on that corner, chillin wit'cha fellas
Kid watch your back for them damn tattle tellers

[Tony Yayo]
And the Sammy the Bull award goes to, Fat Joe {*applause*}