Talk To Me Lyrics

Lyrics to Talk To Me

Talk To Me Video: 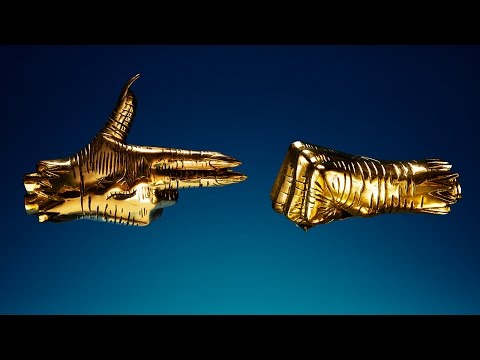 We return from the depths of the badland
With a gun and a knife in our waistband
Went to war with the Devil and Shaytan
He wore a bad toupee and a spray tan
So high now, hoping that I land
On a Thai stick, moving through Thailand
On the radio, heard a plane hijack
Government did that like they cook crack
I move in a world of conspiracies
Obey no rules, I'm doing me
Smoke kush, transport to the airport
Customs found a joint in my passport
Pull cash and I gave him what he asked for
Goddammit, it's a motherfucking miracle
Small bribe, made it back into America
Hit Uber and maneuvered out the area
Rhyme animal, pitbull terrier
Rap terrorist, terrorize, tear it up
Brought gas and the matches to flare it up
Militant Michael might go psycho
On any ally or rival
Born Black, that's dead on arrival
My job is to fight for survival
In spite of these #AllLivesMatter-ass white folk

Brave men didn't die face down in the Vietnam muck so I could not style on you
I didn't walk uphill both ways to the booth and back to not wild on you
You think baby Jesus killed Hitler just so I'd whisper?
When you're safe and sound and these crooks tap your phone and now have a file on you?
What, me worry? Nah, buddy, I've lost before, so what?
You don't get it, I'm dirt, motherfucker, I can't be crushed
Fuckers, open the books up and stop bullshitting the kid
My dick got a Michelin star, I'm on par with the best ever took the gig
I'm a super cat, from don dada to dusk, don't bother to touch
I got firm clutch on the grip and the bucks
I might ghost ride a tank, take a ride to the bank
I'm the son of Rick Rubin rushing full-thrust
Don't flash weak shit to the Shark Tank judge
Talk real good 'cause I'm smart and stuff
We a good crew to fuck with, better to love