In My Lifetime Vol. 1 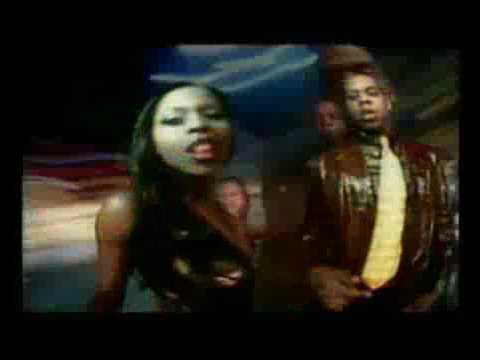 Who be, in a Japanese restaurant, eating sushi
Drinking saki, it's me, and my mami with the doobie
Cutie, smellin like Tiaka, half-Phillipine thing
For now, let's call her Suki, got me this booty bangin
Properly, in Versace pants, cocky bow-legged stance
A thing of beauty, watch me, body crazy
Tits Firm like Nature, Foxy, Nas and AZ
Truly reason to bug the toolie and keep laced in jewelry watch me
Girlie tried to lure me and lock me you gotta get up early
Cause who's gettin played is not me
"Surely you jest," she said, "if you thought I was purely
out for the bucks you woulda bucked stuck and dropped me"
I said maturely, "You right
but better safe than sorry, but for the lovebirds
can move to the suburbs, I need to double check your story
To make sure that you one of a kind
And you deserve to be my Sunshine"

[Chorus: Babyface (variations not listed except for first time)]

[Jay-Z, (Foxy Brown)]
A year gone, and she seein things most chicks only
hear in songs (uh-huh) keep in gear phenom
Lots of ice in the air, round the neck the charm (that's right)
Risked a four to life bid to keep that shit on her arm
Keep her impressed at all times, cats would love to creep (uh-huh)
just to say they crept with mine, slept with mine, she said

[Foxy Brown, (Jay-Z)]
I ain't deaf nor blind, niggaz stressin
Hatin cause they less than mine, they wanna sex me
We chose each other, you actin like you chose me
They oppose you then, they oppose me
We could creep at a low speed, the gat in the hosiery
Double cross you they got to triple cross me
(I'm thinking that's the way it's supposed to be) Uh-huh
(One more thing:
If I ever go broke, would you hit the block for me?) Fo' sho'
(She replied, eyes open wide) Uhhhh
(Put that on everything?) I put that on my life
(Right)

[Jay-Z, (Foxy Brown)]
If I needed would you, give me your kidneys? (Uhh, uhh, fo' sho')
Catch a case you catch it with me? (Mmm, fo' sho')
Pawn your jewlery to come get me? (You better know)
Catch me with a chick, forgive me? (Uhh, now that, I don't know)
They spread rumors, will you defend me, tooth and nail? (Uh-huh)
They try to frame me, will you be there, till the truth prevail? (uhh)
(But would you be the same dude, when you blow the roof off sales
that you was, throwin rocks, at the Roof at 12, nigga?)
This is the truth I shell, till the loot gets frail
I put this on my nephews, from the smallest to the pale
Me and you ballin, from the heavens, or the hell
Won't let you hit the ground if I'm fallin myself
Now picture me leavin you in this cold world, rollin for delf
It's me and you in this old girl, we takin the belt
From the lows, to the highs, to the foes we shine
Just continue to be my Sunshine (uhhh)