The Who By Numbers 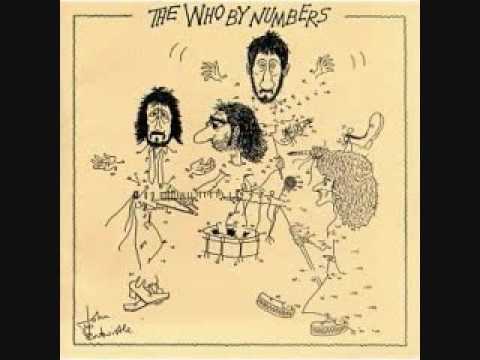 Friday night, I'm on my way home
They oughta make work a crime
I'm home for the weekend

I'm gonna make the most of my time
There's a rock and roll singer on the television
Giving up his music, gonna take up religion
Deserted rock and roll
To try to save his soul

Saturday night, gotta gig with the band
Playing the electric guitar
Someday I'm gonna make it
Gonna be a super-duper-star
Get a flashy car
And a house for my Ma
The big break better happen soon
'Cause I'm pushing twenty-one

Just like Cinderella
When she couldn't go to the ball
A voice said, "I'm your fairy manager
You shall play the Carnegie Hall"
I gotta give up my day job
To become a heartthrob
I may go far if I smash my guitar

Away for the weekend
I've gotta play some one-night stands
Six for the tax man, and one for the band
Back in the studio to make our latest number one
Take two-hundred-and-seventy-six
You know, this used to be fun

Monday morning, I just got home
Six and the birds are singing
I need a drink and my clothes are wet
Ooh, and my ears are still ringing
There's a rock and roll singer boppin' on the TV
He used to be a preacher, but now he sings in a major key
Amended his decision to the new religion