Lyrics to Study the Moon 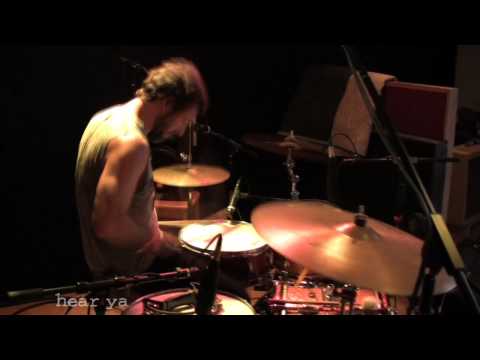 I ducked down the door of a poison oak party
Detected the man many call Moriarty
Concluded our crimes could entitle us to thirty
Pulled out the beak of a beautiful birdie
I laughed on the floor where they spread the confetti
Looked back on everything, like it was all
Like it was already

All the love unsung must have some good enough tune
If I were worried about worthwhile, I would go study the moon.

I clacked down the cobwebbing city sky crescent
Got cracked at and spat at and branded a peasant
Revoked me the right to appeal to a season
Oh, but the fall was a leavesing, and the buzz really beesing
It all drowned me out, as parades and occasions
Bull by quiet china, and I
I can't get no
I can't get no sensations.

Gravity gets hold of me a little bit too soon
But if I were worried about weightless, I would go study the moon.

According to religion, there is someone I can call
According now to science, this is all my fault
According to the Big Blue Ox, I should just look up Paul
Accordingly, the consequence is a concert hall
Where everyone waves words, but no one thing resolves
Until they come and serve us from their wrecking ball
By then the chancellor goes and gets the infantry involved
The over-reaching economy creeping to a crawl
Accountants come to tie us to the town square totem poles

I should really just go and study the moon.

So I made for the Georgia Ave. Salvation Army
Got back with the man who had slain Moriarty
Explained very slowly what I knew we were in for
He turned on me totally, said
"So what's all this hot tin for?"
"A distraction!" I exasperated, to blanket the stink of youth
"I am out of here!"
There are twelve gates out, twelve gates to the city
"Holler soon!"