Lyrics to Story To Tell 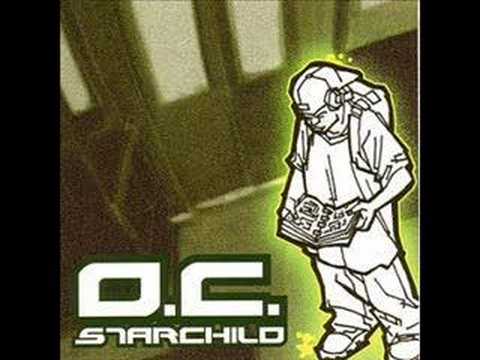 [O.C.]
Yo, born May 13th 'round seventy-one
Vietnam was a memory before my birth

Around the time Nicky Barnes era came to a close
Too young to know yet, poppa told me later on
The place was Brook-nam, BK, NY City
Lovechild through a bond was me, so evidently
the sperm the egg joined in between my mama loins
coulda been heads or tails like, flippin a coin
Pops pull out of you here, wouldn't exist at all
If mama eggs wasn't fertile wouldn't exist at all
The creator gave a nod, I'm a gift to all
Spring child like a flower, not born in the fall
Fam came from the South but I was reared up North
Portuguese grandmother, never met her before
Pops say, I'm a mirror image of my grandpa
All I say is strong genes be the only answer

[O.C.]
Yo, ever since I was a kid I was popular
Seein my future through a pair of binoculars
From the age of single digits up until my pre-teens
Always had big dreams in mind, at the time
So young, I didn't know my callin would be a rhyme
Years later manifested in the form of a song
Playin football, quarterback, O had a arm
Two-hand touch, picture receiver goin long
A young black version of Terry Bradshaw
Older niggaz on the block attention I captured
Miraculous moves, maneuver with the ball in my palm
Precise throwin first downs, hand-offs and throwin bombs
Young Don, felt like Juan
Girls would flirt but I didn't know how to respond
Always knowin growin up I'd be a pro and not a con
Brother from another mother locked up since eighty-one

[O.C.]
Yo - I'm still a young dude, at the same time grown
Baby boy to my momma, the youngest of four
My life's no fairytale, can't call me Cinder-fella
Though life be like rain, my thoughts the umbrella
O, got it covered it's a gift not a talent
Bein bougie or corn-chip, I simply won't allow it
My aura's like, well, it's hard to describe
Let me just say I'm on the serious side
Learned lessons from my hood that I dwelled in, resided
Had my share of gettin drunk as fuck and gettin potted
Gun in my waist, if I pull it bet I pop it
Mush my nickname from a cousin I adopted
Mic the legacy's on me, I got this
Reppin when I holla, won't misuse or mock it
The word spoken is truth; the labor that I put my momma through
'til now, to her I made a promise to