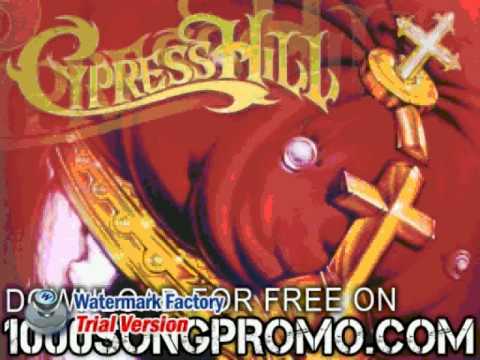 Funk, Buddha monk, in the trunk,
I got'cha, thumpin' so hard,
Up and down the blvd.,
I'm a natrual-born cap-peela', strapped illa,
I'm the west coast settin' it on, no one's reala',
Get'cha fix of the uncut funk,
A small dose of the skunk weed, like it's suppose to be,
Move it up, just move it on out,
What'cha talkin'bout son,
I got the first shot, and it's all over now,
One nation under a groove,
Smoke a pound for the strict of it,
Everytime I make a move,
Smooth and togetha,
Raw like leatha,
Ain't goin' out like a punk, neva,

[B-Real]:
It's the numba one money maker,
Money takea, few steps back I'm on a plane to Jamaica,(Am I)
Puffin' a fat wada, talk shit,
For the fool I'm thinkin' about, I got the ruff shit,
Hard rock bone breaka,
Stoned Raider, in the Temple of Boom,
Assurt to assume,
Never be lettin' shit slide, no way,
Bitch niggas can hide,
But, I'll find they ass some day,

Wherever you are, put'cha muthafuckin' spliff in the air,
Some dogs, like you gotta pair,
When I kick to the metro,
Lone clip, be lookin' around,
Cause this shit ain't over with yet,
People can't understand my situation,
Now they cought up in the Soul Assasination,
Fool, just take cover, it's all over,
When I break ya off a chunk of this muthafucka,