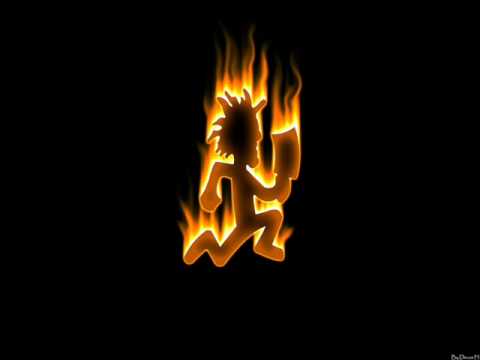 [Verse 1]
Still driftin', this time I'm in a stolen Lincoln
Remains in the backseat inside stinkin'
I'm thinkin', gotta go find me a sink and
Clean up, I'm beat up, I'm covered in blood
It ain't easy, blood on my hands makes the steering wheel greasy
Dead bodies vomit gas and fecies
It's nasty, aw shit a cop just passed me
Better get rid of this shit, real fast G
Pull over to the side just abandon the ride
Wait until they find the surprise I left inside
I'm a hunter, searching for my prey I'm on the highway
Meanwhile these kids are just cruisin' on a Friday
Not a care in the world, but it ain't what it seems
See me covered in blood wit a cold stare in the high beams
Lost control, smashed into the divider
Killed three mo and yo I didn't even try ta

[Verse 2]
An elderly couple at a red light, late at night
Ain't no cars and nobody in sight
I pull out my knife, I run up I open the rear door
Hop in, two quick slices and they're gone
Real quick, slice the neck then I jet
Out the opposite door, now I'm off to the next
Walkin' through the darkness covered in stains
I got scared, I heard this bum like "hey got any spare change?"
Some homeless crackhead lookin' for some rocks
Wit a shoppin' cart livin' out a cardboard box
Punched his rat face, and I wouldn't stop beatin'
Watchin' him swell up, his head was mad bleedin'
Stomped on his chest crushed his lungs and his ribs
Beat him to death don't need no weapons for this
A witness, a prostitute seen the whole shit
I seen her walkin' up, yeah ya better go bitch
I chased her, caught her, yo, ya dead hoe
How the fuck you think you gonna run in stilettos
Rip her pointy ass shoes right off her feet
Stuck the heel in her neck till that bitch couldn't breathe

[Verse 3]
Real late at night I still ain't done killin'
Seeing a man deliverin' some kung pow chicken
He's comin' my way on his bike
I stuck out my arm, I clothes lined him, be careful at night
He's on the ground covered in chow main and duck sauce
Cut his face the fuck off, killed him and he got tossed
Into an alley where I cut him and I gut him
Took the splattered remains and then I fuckin' stuck'em
Into the little take out carton
I mixed it wit some noodles and the shit stinks its rotten
Looked at the paper I went to the address
Knocked on the door, "Jade Dragon Express"
Open the door it was this dude, he gave me the loot
I watched through his window as he ate his food, ewwwww
He kinda looked at it weird
Then he had some pieces of lung stuck to his beard
While he went to go vomit I went in his house
Kneeled down as I crouched behind the couch
He's sick, he came back but before he could sit
I popped up with a grip on a holder from a candlestick
Smash his face with the base
Beat his skull till it opened
Little pieces of bone kid
Left on the floor then I chilled in his house
Finished up the rest of the Asian take out