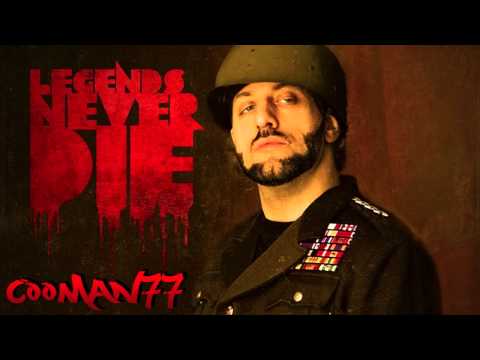 [Intro]
Life-life is a beautiful thing
You just gotta get, through it
Yo, yo, it's me
Nah, Legends never die

[Verse]
I'm back the dip-dip-diver, warrior, industry fighter
Film producer, director, screenwriter, legendary rhymer
Congrats I bring you a classic for the fans that supported
I give you props if you ain't stole it and you actually bought it
If not, purchase it today and own it
A brand new R.A. the Rugged Man album, this is a historical moment
A hip-hop artist with a hundred percent creative freedom
Million dollar budgets and corporate endorsements, we dont need 'em
Anyone dissing go listen to them industry puppet musicians
This for hip-hop heads, everyone else fuck your opinions
This ain't generic pop novelty rap, I'm reigning supreme
You're 'bout to hear a level of skill you won't hear in the mainstream
This is writing rhymes in notebooks, venomous bars
Boom bap beats, murderous scratching beatboxing and dope hooks
Analog, two inch reel, boom boxes and tape recorders
This ain't trippy emo hipster rapping or girly acting skateboarders
This ain't about Hollywood fame or chart positions
It's about credibility of being one of the great technicians
No internet nerds, trend following critics or dicklickers
No fake image or gimmicks just vivid pictures and lyrics
I'm not the most known, but commercial rappers can't compete
I make records for the shepherds and not for the sheep
Not impressed, you'll be impressed soon
Lets get it started like Kool Herc did in that Sedgwick Avenue rec room