Lyrics to Step Into A World (Rapture's Delight) 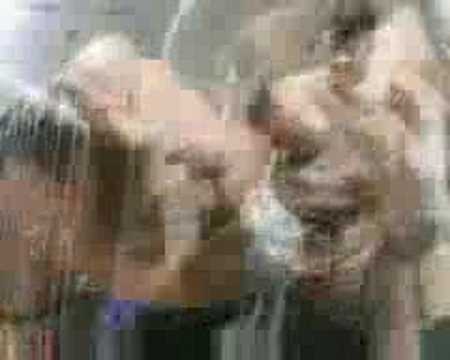 Intro/Chorus: sung to the tune of Blondie's "Rapture"

Step into a world (Klaka klaka, klaka klaka!)
Where there's no one left (Buku, buku! Alla de massive!)
But the very best (Klaka, bo bo, BDP crew, bo bo bo bo!)
No MC can test *cut and scratch of KRS saying "but one"*
Step into a world, where hip-hop is me
Where MC's and DJ's
Build up their skills as they play every day
For the, rapture

I'm bout to hit you wit that tradional style of cold rockin
Givin options for head knockin non stoppin
Tip-toppin lyrics we droppin but styles can be forgotten
so we bring back the raw hip-hoppin
Just like the records and tapes you be coppin
Cop some breakdancin, boogie poppin, and lockin
Tic tockin, guaranteed to have you clockin
We only get better and only better we have gotten
This type of flow don't even think about stoppin
Beware, the length of the rhyme flow can be shockin
All music lovers in the place right now
That never understood the way that KRS got down
Yo I'm strictly about skills and dope lyrical coastin
Relying on talent, not marketing and promotion
If a dope lyrical flow is a must
You gots to go with a name you can quickly trust
I'm not sayin I'm number one, uhh I'm sorry, I lied
I'm number one, two, three, four and five
Stop wastin your money on marketing schemes
and pretty packages pushin dreams to the beams
A dope MC is a dope MC
With or witout a record deal, all can see
And that's who KRS be son
I'm not the run of mill, cause for the mill I don't run

Yeah, yeah
Everybody on the mic in the party sound alike
until I recite, in black and white what's right
Let me take flight, my style is TIGHT AN GOOD
TIGHT AN GOOD, come is it TIGHT AN GOOD
Old styles I pass dat, slow down on fast rap
All in yo' ass crack, old King go Blast dat
Conjure to ask dat, hyper type of flashback
I publish like ASCAP lyrics for hand clap
No past rappin, youth trackin, talent lackin
MC's more worried about their financial backin
Steady packin a gat as if something's gonna happen
But it doesn't, they wind up shootin they cousin, they buggin
I appear everywhere and nowhere at once
I know my style is bumpin, even though some people front
It's the God of rap, you heard of it
The one that rhymes toward the sky givin airplanes mad turbulence
In rap tournaments, I reign permanent
Don't you think by now the number one spot I'm not concerned with it
The course of rap I'm turnin it
Back to that good old fashioned way of getting cash money by earning it
No bogus hocus pocus, I bring back to focus
Skills if you notice my position is lotus
Now quote this, MC's are just hopeless
Thinkin record sales make them the dopest