Stand On It Lyrics

Lyrics to Stand On It

Stand On It Video: 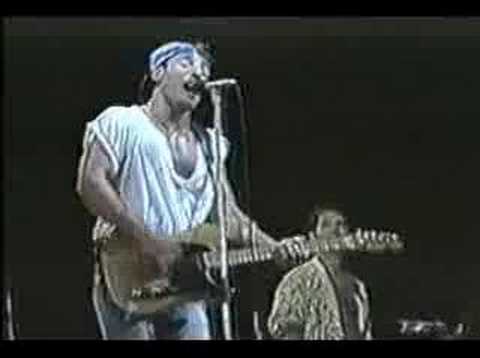 Well Jimmy Lee was hookin' 'round the far turn of a funky southern Florida dirt track
He had mud caked on his goggles and a screamin' 350 stacked up on his back
Well as he passed the stands he was feelin' all tuckered out,
When through the roar of his engine he heard somebody shout
"Stand on it, come on boy, stand on it"

Mary Beth started to drift, she hit the shift but she just couldn't get a hand on it
Racin' some Red Hill boys, she had the deed to the ranch and a grand on it
With eight grand blowin' hot on the red line
She blew past a hitchhiker out on Route 39
He hollered "Stand on it, go 'head baby, stand on it"

Well now when in doubt and you can't figure it out
Just stand on it
Well, if your mind's confused, you don't know what you're gonna do
Well buddy, stand on it
Well if you've lost control of the situation at hand
Go grab a girl; go see a rock and roll band
And stand on it
Come on man, stand on it

Well now Columbus he discovered America even though he hadn't planned on it
He got lost and woke up one morning when he's about to land on it
He wouldn't of got out of Italy, man that's for sure,
Without Queen Isabella standing on the shore
Shouting "Stand on it, go ahead man, stand on it"

Bobby was leadin' the pack, he settled back and he got ready for the long haul
Well fifty yards from the finish line somebody roared up and they blew him into the wall
Well he rolled over twice, lucky to survive
Layin' in the back of the ambulance more dead than alive
Somebody shouted "Man, you call that drivin'?
Why didn't you stand on it"