Sound Of The Slums Lyrics

Lyrics to Sound Of The Slums

Sound Of The Slums Video: 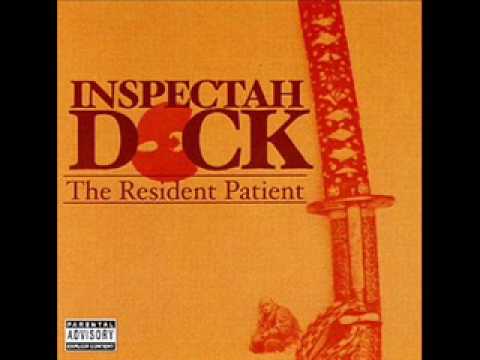 
[Inspectah Deck:]
It's the sound of the slums, drama with drums
You pop shots with the corks, cause a problem for some
Got the whole city up, floatin' with the semi tuck
Roamin' out of zone, and I'm known in the gritty cuts
And a Wu Killa Bee co-d, dumpin' off
Broad day, no macks, so you know it's me
Notice me, I shine like July sun
Live son, I'm a rider through provide one
Show the CREAM, I bust and blow the scene
In a fast car, kickin' up dust and smoke screen
Hit a nigga hard as Joe Green, his whole team
Feel it, swollen veins, a dope fiend feeling
Coming out the mouth, like you won't be killing
Yeah, you sold three million but you banned on the block
Long guns to your face, pass the mansion and yacht
And you ain't retaliatin' man, you ran to the cops

[Masta Killa:]
Uh, all gangstas and fellow MC's, we now meet
The threat is now an actual fact, and that's the least
The lion paw, ripping your jaw, dismantle face piece
You may not have heard of seen, my Murder One Team
Something's best untold, crime related
I am who I am, so fuck it, if son stuck it
We all lay to play to the best, sip the fine grace
My rugged lifestyle is survived, I don't apoligize
Hustle is the road I chose, there's no compremising
When the guns is drawn, shots fire
Son, all my killas is fam, nothing hired
Ya'll faggot niggaz wired for sound, before the things blast
Wait for the train to past, man, face down
We straight from the murder capital town, it goes down
Daily on the regular, dressed in assassin attire
The bulletproof rap, strap 'em with the bomb to his body
Ain't no coming back...