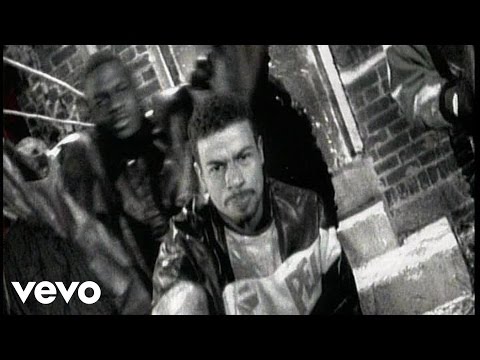 "Get that motherfucking Soul Clap goin' on
Somebody clap their hands, hurry up! Immediately!"

[A.G.]
The Giant is greater, so step back
I got a jam that's so fat,
this one's called Soul Clap
And I'ma keep climbin G
with beats that's fat,
cause that's Showbiz and Diamond D
Don't believe all the hearsay
Cause I'ma get the airplay
while the fans say "Yeah 'Dre!"
And I'm on the lyrical tip
For you to whip the Giant,
that'll be a Miracle Whip
So obey the rules
Cause when I start slayin' crews
everybody's payin' dues
I prevail never fail or fall
even as a underdog I were wonders y'all
Step up and get with it
You try to get fat
so my stats will say "Forget it!"
Yeah I'm rappin' that's what happenin'
Cuties with booties is one thing
I'm actually likin'
You see me comin' hold your breath
and hold your wifey
Back up, give me some space and
hold your honey or bet money I play chasin'
Here to win one-on-one of old rap
Me Showbiz and Diamond D yeah we got the Soul Clap

[A.G.]
I love hip-hop, fuck rock and roll
Yeah I'm a Giant, and I got lots of soul
I've been a Giant ever since I was a little fellow
Hearin ooh's and ah's rockin' acapella
With a beat brothers couldn't even understand
I'm a Giant but still I was a young man
I roll up rappers like a DT
And don't worry, because the brothers can't see me
Yeah I'm light-skinned I wear my hair curly
But when I'm old, best believe ya can stand early
You know when it is Showbiz on the crossfader
To say, what's up, he's busy, catch ya later
I could do damage you know the half
Beat it before I can heat it like a psychopath
Thoughts I kept in my head they never written
Aks Wirl Kerry Ty or The Funky Technician
Patterns and projects's where the Giant is from
Don't play me yo, cause I ain't the one
I don't care who you are cause I cocked a please
For myself with my posse or drop with ease
Yeah they sleep, they can't quite tell
They know I'm short, but do they know that I fight well
I'ma burn til I catch the fire
put 'em in shit like a baby they jangle with a pass of fire
They'll be out for the longest vacation
Get your little posse, cause I'm all over the nation
I'm out there then my posse is next in charge
You real small, I'm X-X-Xtra large
A Giant In The Mental, yeah you know that
And I'm hangin with this new one and it's called the Soul Clap

[A.G.]
I do work, at any god damn concert
And if I said that I didn't, then I got jerked
You musta asked the wrong people
Cause when I make my stand every man knows
that I'm lethal like a deadly weapon
You heard the rhyme I flexed and ya kept on steppin'
But your man had to come near
Then that has to be one in the smooth of the year
The other's when you grab the microphone
You played yourself that's two words in one stone
Yeah I'm a Giant, that's what you better say
You don't believe me then go check my resume
I done killed more suckers than a World War
And even more, after a world tour
From state to state, sea to sea
On every continent, I'm a G-I-A-N-T
It was easy competition they caught it hard
I spanked them like they had a barrel four card
Don't step to me I'm the one who's hurtin' shit
I step to you and then we'll see what you're workin' with
Yeah I'm the man that you don't wanna come against
It's common sense I'm like the Monkey Ranch
All your brains are changed on the agenda
Thought you in hiccup now you'll have to surrender
Yeah I'm A.G. the one you can't hold back
You want your party to pump?
Then throw on the Soul Clap