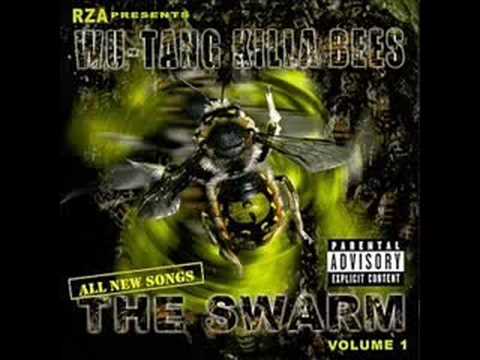 Don't push me, because I'm close to the edge
Livin on this thin line, I know the ledge
Allegience I pledge strictly to my comittee
Way above the law, we soar the inner city
My crime pays, deep in the metro, nines blaze
Shorties watchin plus adoptin my ways
In the PJ's, the heat blaze and beats raid
Can't see the cage but can't leave the Streets Of Rage

It's a Shoot On Sight fair, warfare prepared
Arm yourself beware, hardware tear through your flesh and bones bear
Witness stand clear
Flash the Wu-sign to see if my comrades is in here
PLO began this, ninety-nine bananas
Wu extravaganza, cops scandals and guns, a S.O.S.
Prepare for the slug fest, unusual suspect disconnet your outfit
It's a dead-end Street, I play for keeps release, shots through your fleece
Retreat, delete you from the crime spree

When you got beef wit one time-S.O.S.
When you standin on the front line-S.O.S.
Niggas wanna steal your sunshine-S.O.S.

When it comes time to do or die-S.O.S.
For the five-oh that brutalize-S.O.S.
Before you try suicide-S.O.S.

Street chronicle, wise words by the abominal
High honorable, rap quotable phenomenal
Seniority kid, I speak for the minority
Ghetto poverty fuck the housing authority
Not to be idolized, I deal wit grand larceny
Money laundaring, auto theft, and armed robbery
Ninety-nine regimine torment your resident
Street intelligence child, KillaHill pedestrian
Sucker for love-ass, niggas catch a gay-bash
Slim-Fast from the gun blast burner, I last
The S-T-R, double E-T, own a Desert E
Keep it closely, I feed off envy and foul energy
Your best friend's your worst enemy
Thug therapy until they bury me, it's do or die tonight
Shoot out a street light, bleak life
Aim at your windpipe, squeeze tight

In the parking lot, parked in a dark spot
The specialist wit one shot been at the drop
Your Highness INS, darts catch your body
Feds got me on watch wit nuttin yet to charge me
I strike quick, movin on the night shift
Rollin wit those who been the same likeness
Where I come from the blast make your ears go numb
Trust no one cuz murderers range old to young
And death don't discriminate, to choose your fate
Shot wit hypedermic sword wit the trey-eight
Gotta hold your weight, there's no escape from the mayhem
I'm livin for now but tryin to make it to the a.m.
Creepin in the hallways, we always on barrow
Calico crept close to over cash flow
The neighborhood watch, the skunks in my sock got me rocked
But keep my eyes on the shot clock