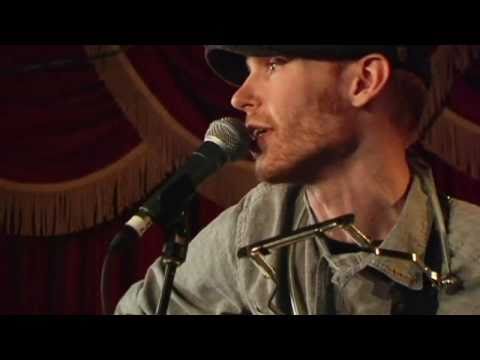 The storm came in like a drunk declaration
The streets were empty, all the lights went out
Two lovesick kids in a hallway trembling
Feet shuffling, nervous, eyes filled with doubt
He looked at her and then she started laughing
It was wild and electric like the noise above
He said, "darlin' some things are just bound to happen
And sooner or later we're gonna fall in love"

With the snow still whispering down on New York City
He walked the carpet of that cheap hotel
Opened his door and there he found her waiting
She kicked out the window and down they fell
Fifteen stories through the wind and weather
'Til they landed softly on the street below
She said, "honey, right now we're passin' through together
But sooner or later this will feel like home"

So they closed the curtains on one last sunset summer
Stole what they wanted, left the fools to cry
He took her hand somewhere in California
And he didn't let go until the Georgia line
He never thought he'd lose her for a second
He never thought he'd watch it slip away
But your pulse gets weak when you're too scared to check it
Sooner or later he'd learn the hard way