Something Wicked This Way Comes Lyrics

Lyrics to Something Wicked This Way Comes

Something Wicked This Way Comes Video: 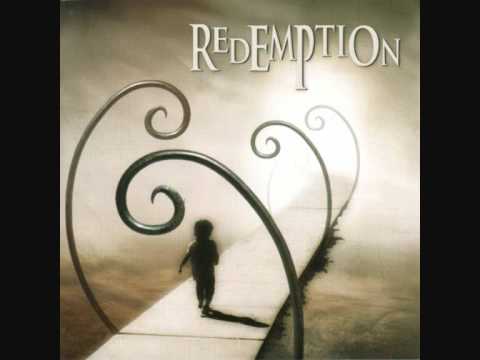 
October's a rare month for boys
When life is simple, pure and sweet
And the foolish youth can overlook
The wolf outside the door

Fury, the seller of lightning rods, foretells the coming storm
The light's on in the library, beneath the black'ning sky
Charles Halloway sits deep inside, surrounded by his books
A serious, lonely and sad old man whose youth has passed him by

Far away, but much too close for comfort
Carnival's calliope is playing
Halloway sits in the darkened library
Thinking dark thoughts
Son at home he doesn't really know
Fifty-four years seems so very old
Throws the carnival's ad in the fire
Flames grow higher

Long after midnight, children awake
Journeys await them, chances to take
Run through the streets to the carnival grounds
Hoping to ride the merry-go-round

What's the purpose of a life of virtue?
What you don't know certainly can hurt you
Every step he made he second-guessed
Life of regret

Ride's out of order, no one's around
Hardly a whisper, hardly a sound
Thinking that they're alone, but they're not
Gloved hands encircle, now they are caught

Jim and Will stumble in
To this whirling world of sin
Forward spins the carousel
Cooger ages, dies and goes to hell

Boys return with the law
Try to tell them what they saw
The witch throws her voice and the old, dead man
Seems to come to life again

The ruse has worked, no one believes the
Tales of what the boys have seen
The witch locks eyes; they fear her most;
She wishes them a "short sad life for both!"

Late that night the witch takes to the sky above the town
Searching for the boys who know the secret of the carousel
A black parade of circus freaks, and led by Mister Dark,
Scours every street for the boys to drag them down to hell

The boys have seen too much
And now their death will be their silence
The freaks have caskets fashioned for the little boys who hid
And Mister Dark halts the procession, seeing the librarian,
He asks him who the boys are; fills with rage as the old man lies

Late that night inside the town's old library
Circled by arcane and evil books
Scouring them for any hint of knowledge.
Charles, Jim and Will

(Halloway) ten lifetimes closer to death
(Somehow) finding the courage to laugh
(Laughter) searing in the witch's face
(Laughter) burning her wicked soul
(Standing), knowing he's beaten her back
(Smiling), knowing the time is now
(Striding) purposefully into the street
(Knowing) that he can save them somehow
(Mister Dark) leads the boys into the streets
(Will to be) made into a toy for freaks
(Nightshade) to be his partner for life
(After the) carnival's over tonight
(Carnival): one last attraction to see
(Shoot the witch): gypsy who cannot die
(Mister Dark) gazes out over the crowd for a
(Volunteer): someone to give it a try

Far away, trapped in the mirror maze
The whole town calls his name
And Will awakes the spell
The dust witch placed upon his head

Halloway: father and son
Standing as one
As Mister Dark gives them the bullet and
Charles carves into a crescent moon

The gun cracks and the
Witch knows this and now is dead!

Chaos spreads, and Charles and Will
Run to the maze to rescue Jim
Charles walks in
Confronted by reflections of a million ancient men
Staring back and making him older
A lifetime full of regrets
A man who never knew his son
A man whose deeds were never done