Too Hard To Swallow

Lyrics to Something Good 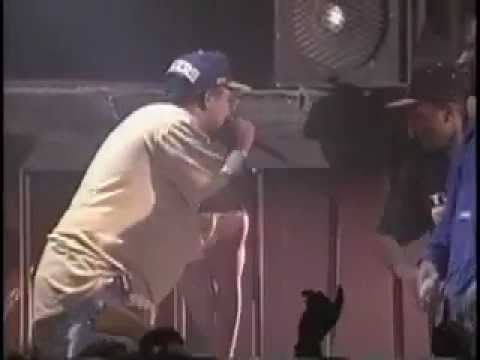 [Pimp C:]
One with a trigger, two with a bat
Three big brothers, fo' - wanna squab with me
So I guess a brother gotta throw
Tell 'em like this, ya better get up out my camp dude
Befo' I have to pull my gat and get, real rude
I don't figure that it's worth gettin hurt
Just 'cause ya gal wanna give me that skirt
Bet it feels funny when ya doin 69
Knowin that ya sippin on all my jimmy wine
And when ya get a kiss, do ya feel bad
Knowin that ya swallowed all the skeeter that I had?
You wanna step to me but I don't really think ya should
I shoulda shot you up instead I told ya somethin good

[Bun B:]
Aiyyo, what's up with that bulge in ya khakis?
You wanna pack a gat, but you STILL ain't got the pull to come and jack me
You betta bring a gangload of homies when you think you wanna throw
Cause by yourself, you're runnin to the flo'
I seen your kind befo', man ya nothin with your hands
More than a punk but still less than a man
You talk a lot of nothin when ya chillin with the ladies
Let me catch ya by yourself, you're pushin up some daisies
See crazy you wanna be, but punks with no heart, they ain't hard
They just waitin for Bun to pull they card
You betta keep your weak self locked in ya hood
Cause without your boys I'm a have to tell ya somethin good

[Pimp C:]
Brothers nowadays got a habit that they really need to stop
Gettin all shot over a girl that I done popped
You need to check ya girl and what she did in the past
Cause if you know like me, you would drop her REAL fast
But I don't trust the dugout, cause I'm scared of that disease
Cause she's passin' out the skinz like government cheese
But not me player, cause Pimp C wanna live
Have you had your test? Are you H-I positive?
But instead of gettin checked you wanna fight with me
You need to check ya blood and let somebody check your teeth
But if you don't step, I'm a drop on ya fast
And pump off bullets like government cash
I didn't do ya girl but your sister was alright
Took her to my homeboy's Caddy last night [girl moaning in the background]
She waxed my jimmy, and then the little street tramp
Did me on a box of tens and a Pioneer amp
I hit if from the back, and the girl just THREW ME
Told me, "Pump it harder, " and she scratched me on my BOOTY
Now everybody in the world
Know that your sister is a nasty lil' girl

[Bun B:]
Let's talk about these half-n-half punks
By day they sorry bastards, at night they talkin bout, poppin trunks
Butter .25 cain't keep you alive
From a sawed-off, fool so I hope you survive
See bluffin might save ya tail one day
But who's ta say, it won't catch ya next week, on the runway?
You might shoot a few shots in the wind
But the same time tomorrow, you'll be runnin again
Now can you keep it up, every damn night?
You steady runnin to the argument but runnin from the fight
What's the deal man? Why don't you take your Raiders cap off?
Cause one of these days, you gonna getcha head slapped off
You cain't keep a crew cause they gettin sick of seein you bail
Like a punk'll hit the backstreet trail
And the women don't like you cause ya act like them
And that's why your little jimmy never went fo' a swim
Ya talk about slangin, makin G's
But I saw a fiend chase ya from, BJ's up to Mickey D's
Now everyday punks get took
Either for they dough, they'll ride 'em for the powder that they cook
You bookin from the scene cause ya couldn't hold ya own
A 40 ounce bottle slams, ya dead to your dome
Now you want revenge, so ya get your automatic
Find a group of hard-heads, and startin kickin static
Ya pulled ya little chrome but these fools got gats
Try to run and caught two buckshots in ya back
Now you nothin but a memory that's gone in a slayin
So when I tell you somethin good, punk I don't be playin