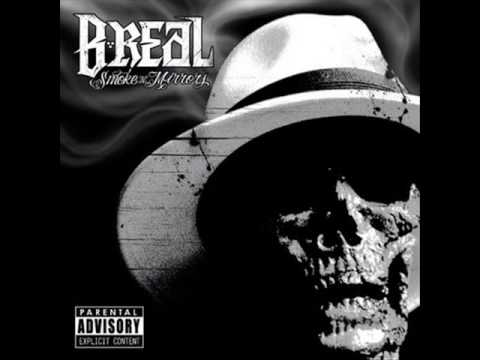 [Intro: sped-up R&B sample]
Late at night
When all the world is safe within their dreams
I want the shadowwwww
Late at night
An empty feeling creeps within my soul
I feel so lonely
So I go, into the darkness of the night, all alone
I want this peace until I find, someone who is just like me
Looking for some companyyyyyy
Oh yeahhhh

[B-Real:]
What's good in the hood, can you tell me
Hit me with the truth motherfuckers don't sell me
Cause I can see a lot of things wrong with the city
And nobody's tryin to fix nothin, all of our choices are shitty
People starvin in the ghetto and the rich get richer
So we hustlin for the paper - you get the picture?
My homey he caught ten tryin to feed his seed
And nothin supersedes a man's will to succeed
So we bleed and shed tears, lookin for somethin better
But nothin is guaranteed, in this life we livin
Ain't nothin given, gotta earn your money and stripes
I can't sleep at night, what I'm doin ain't right
Can't never let my guard down for nothin in life
Your enemies see a weakness and you look ripe
And they don't care about who or what you're leavin behind
You slip one time you a victim of crime

[Chorus: Bo Roc]
Up against the trials of life, sometimes it ain't right
Through all of my pain and strife, I focused upon the light
Though I may lose my way, I'm up for the fight
In hopes of a brighter day for children of the night

[B-Real:]
You know I hit the ground runnin from the day I was born
There ain't nothin I haven't seen, I was born to storm
And if I ever have to heat it up you might get warm
So I urge you to sit it out, and just let me move on
Out of pride you won't blink, think that I'm a threat
Yeah you might be right, and if you are comes death
By the laws of the street you know what's comin up next
You duckin from the glocks and the six and tecs
When did it all fall? We all used to cash collect
Instead of catchin a body homey cash a check
Any moment it could be over, your number's up
You become, a memory nobody's givin a fuck
It's no wonder how we cross roads and get divided
There's no, compromises and drama arises
The streets got you clutched in the cradle of doom
You get out of pocket they make you invisible dude

[B-Real:]
The streets are ugly and the world is goin through changes
We fightin at home and out here in unknown places
We never know what peace is
We all about war for the money and the violence increases
I never thought about it when I was younger
I never thought about we all just numbers
I only thought about the food on the table
I was taught to make moves when you're ready and able
Sometimes you feel alone and you just simply go for self
And you don't care about anybody else
You say "Look at that trick in the flashy whip!
If I get my chance, you know I'm gonna jack his shit"
The world's cold, people sell their soul
For money and power then they seem to lose control
They can't, handle the load at the end of the road
They're destined to fall and we just watch the drama unfold