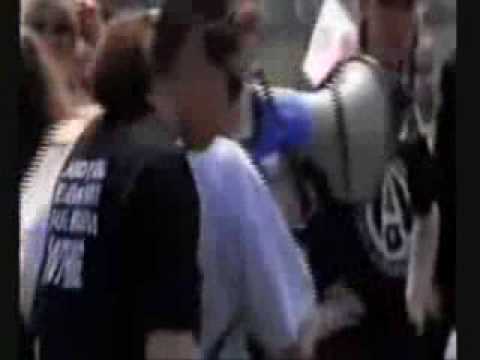 Can you hear the victim's scream,
Cambridgeshire constabulary protects rapists in the ranks of their forces
And evil fucking scientists


Murder in the name of progress,
500 animals die at HLS everyday
Just another statistic of Animal Abuse.

Benefits Multinationals,
Cosmetics, petrochemicals, GM food
In the end it's killing me & you.

What does this abuse achieve?
Eyelids sewn up bodies cut up, electrodes through the head
War is waged on Animals.

It's a war on people too
With products that kill
Useless waste Vivisection.

Well it's the way of the fucking system
Backed up by police state
So we can't act before it's too late.

You don't wanna be preached to about
Animal Rights you think it's a load of
Liberal Middle Class shit.

Protest, resist, don't be intimidated
if they label you â??terroristâ?,
remember you are the ALF