Silence Of The Lambs Lyrics

Lyrics to Silence Of The Lambs

Silence Of The Lambs Video: 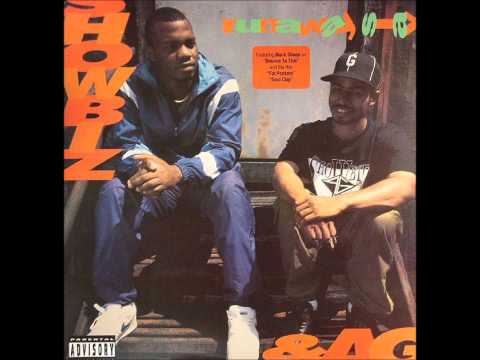 [Showbiz]
Yeah, it's time to silence the lambs. Let niggas know what time it is
on the real tip, know what I'm saying? Showbiz & A.G. killing all the

garbage going around, know what I'm saying? A.G. still got it going on,
Showbiz got it going on. And we going to kick a little flavor like this.
In 1992, I silence the lambs.

[A.G.]
Now this goes for those who thought I fell
But it's more to tell, cause them suckers are sort of jel
Cause the Giant finally got his props
We can box rhyme for knots and see who got the biggest glocks
It don't matter cause I can withstand
I got no hair on my chest but I'm still the motherfucking man
I won't fall and I never fell
Busting and chrushing tall all of y'all who take a fucking L
You think you're able to win?
You better chill cause you never will, you ain't and you never been
You can't faze me so sit and praise me
When I'm finished slaying y'all be saying "That nigga's crazy"
That's how I like it, yeah they fear me
Their face is scary, they know I'm coming but they can't hear me
I'm crushing motherfuckers that's coming up
The champ is me, see, it ain't no runner ups
I'm catching wreck because I'm getting vexed
You can forget it if you think you're going to get it and rip it next
Yeah, whatever's clever
And like Heatwave I'm slaying niggas always and forever
Let me know that I'm still the man
And killing all the riff raff in the silence of the lambs

[A.G.]
Now who's stepping first, cause it's time for the second verse
You wanna withdraw? Then don't stall, cause it's getting worse
I gotta show off my stuff
If it's a 40 I'll take a sip, if it's a blunt, then I'll take a puff
I'm undisputed even when I'm bhudded
So act like Bo Jackson after surgery and don't do it
Yapping, diss A.G., it won't happen
While your jaws are japping, it's your girl that I'm tapping
Then she'll bust a nut and guess what, now I'm flowing
You try and act wild, I'll pull ya foul cause your style is stolen
My crew said to catch wreck
Then tell me why you want to flex showing knowing that I'm going next?
Is it because I'm your idol right?
Cause I'm hitting harder than a champ in a heavyweight title fight
You tried to quote some shit I wrote
You try to play me like a kid and I'll shove a doll down your fucking throat
You see me coming, start ducking down
When I speak, you don't speak, so shhhh, don't make a fucking sound
You wanna go through hell?
Well you thought I fell, so come on and take a fucking L

[Showbiz]
Rappers caught jel when I jumped on the scene
They said I was a rookie and my name was Charlie Sheen
Some talked about my concert, they said I was wack
And 20% of beats was in my house in stacks and stacks
If I was blind I might break like a referee
So the next man can't see round two or three
It takes round one to get the job done
A lesson and a blessing it's great to be Show, son
I don't talk tough, I'm not a tough guy
I'd rather buy a bean pie from a guy with a bow tie
Peace to F.O.I. cause they got the skills
To make brothers that act ill, chill
Wall to wall on the dance floor
I want to see your arms up even if you ain't sure
Before I kick styles that's legit
You gotta cover the mic with tissue cause I talk much shit
I leave girls with a smile and fellas real stunned
I make hard rocks split away, forget those young guns
Here's a new rap list blowing rappers out the anus
If you weak and grab the mic I'll make you famous
So don't flip or I'll hush you like a kid
In a crib, damn, it's time to silence the lamb