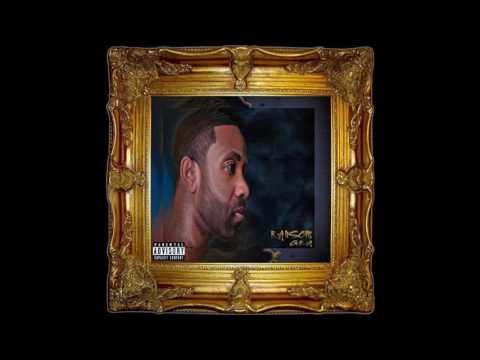 Slow it down a bit, yeah

Uh, wide awake, I've been sleepwalkin
I follow my dreams, stalkin
Supreme awesome, when I reach it I'm goin Steve Austin
That Stone Cold shit the streets talkin
Might smash two cans together, let the beer just leak off 'em
I wore my heart on my shirts, then ripped the sleeves off 'em
I'm bearin arms, you niggas need garments
Get out the Creek, Dawson
Repeat target, won't let defeat block 'em
Elite guard mixed with a street baller
Had peeps cross me in the Hine years, watch the ankles my nigga
Time heals, audit ya steps, I'm like a minefield
How you live is how you define fear
That was life talkin to me when I had the blind ears
Now I perform on any platform
The knives been keepin my back warm
They start changin, I transform
They'll cry later, I'll laugh more
Ain't no fadin this black boy, nah, man I'm remainin solid
Won't change my logic for any amount of bank deposits
So change the topic, I wanna be rich but fame is option
Attention seekers all addicted to the same narcotic
Some niggas get through trainin camp but never make the roster
Different stories but they tend to share the same synopsis
I'm tired of payin homage

If pain is knowledge, no reconcilin, these henious scholars
No shame ya honor
We sellin dope in exchange for dollars
Get 50 Cent at 'em and Ghost 'em to remain in Power
I'm like the second plane crashin in the remainin Tower
Life is upon us, thread lightly or spend life as a goner
Odell Beckham, they respect him for fightin his corner
Well, can he fall off cause fans are demandin all-star?
Or maybe Randy's war scars'll turn him to Andy Warhol
It's not a question of can he withstand the onslaught
Or rather do we fight for our food or we plan to all starve?
I lost money, I lost friends but no lost cause
I lost y'all, but ain't lose faith when you lost yours
Cross me and get crossed off
You Charles Lee with your boss talk
That Child's Play, no hable
When they ride dick and get tossed off
Yeah, no disrespect this just part of my poem
How does it feel to be the greatest of artists unknown?
Pardon my zone, just thinkin back when my father was home
Pickin on kids cause they parents love 'em more than my own
Damn, would like to think that, that part of me's grown
The perfect king'll give his life when he's guardin his throne
And I'm guardin my throne


It's a shame what these people'll say when they hidin from the truth
Why blame the kid that's bangin and not who run the youth?
Why blame the brother that's aimin and not who come to shoot?
You gon' blame the nigga that's hangin
And not who hung the noose?
Ex-drug dealer and killer slangin in front the stoop
When the moon's out we be warrin call it the run and shoot
Smokin weed, guzzlin liquor over a 100 proof
Shootin guns, duckin reporters who only want the scoop
Duffle Bag, the God of War, I'm the son of Zeus
We ain't in the same weight class, nigga, like Pun and Snoop
From the roots, pissy hallways, buildings and jumpin roofs
Runnin loose, got the war scars for those who want the proof
It's a shame how this life is stressin me out
Since a baby I was Blue, guess I'm only Destiny's Child
It's a shame, there's only been one that's bless with the style
Food for thought, if you lost then I'm givin recipes out
What a shame...