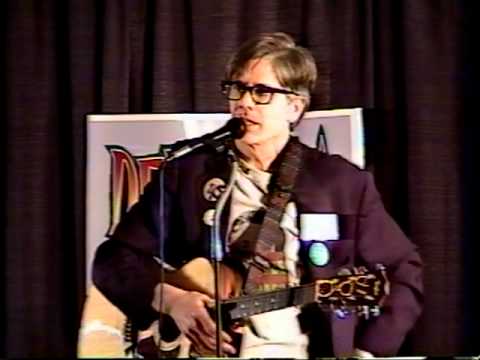 Why is it every time I see a movie with sex
The someone invariably wrecks all the sex by slashing the characters' necks?
When I pay good money to see naked people frolic and romp in the bed
I don't want to see them all blood-red and dead and missing most of their heads

Sex 'n' violence, violence 'n' sex
Makes me wonder if we're playing with full decks
Two consenting grownups always get blown up
I don't want to see what happens next

Sex 'n' violence, gore 'n' smut
Makes me wonder are we sick or what?
Blood-curdling screaming kinda changed the meaning
Of what directors mean when they yell "CUT!"

But the religious right tells me go fly a kite and that my fright is not right at all
In truth what's corrupting our youth is the filth that they see in the shows at the mall
And his mom and dad they should not feel bad, no they ought to be quite ecstatic
When young Johnny Kruger is caught with a Luger and not with a prophylactic

Must be the directors are not good erectors, despite making all of that bread
Maybe at sundown they feel so run down that they get two thumbs down in bed
So they vent their frustration on all fornication by making their characters pay
By having the fun stopped by a gun or a chainsaw at the matinee

Sex 'n' violence, violence and sex
Light-hearted lovers cashing their last checks
Why does consummation lead to amputation
When it's shown at the cineplex?

Sex 'n' violence, this really sucks
They're not gonna get my seven or eight bucks
Why should we pay 'em to see bloody mayhem?
Let's stay home and... make a film of our own.