Lyrics to Servitude Of Souls 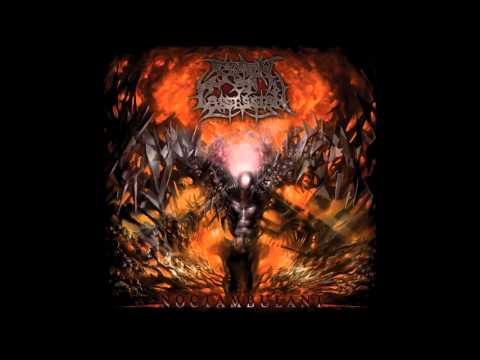 Souls are to some
the key to living
but these can be severely hidden.

a cellar so sordid
home to a doctor born morbid.
his quest in life
was to cut out souls with his knife.
snatched his victims
after night's fall, random targets
all humans have a soul
then one night, out and stalking he saw a glow
around a lonely walker whom he tracked, jumped and overthrew
this had to be a special one,
he tied her up and brought her home.
dragged downstairs, head bumped the steps, all bruised and swelled
on the gurney strapped and gagged her screaming yap
steady breath
behind the surgical mask no thought
of giving anesthesia

the knife went deep, the shining grew
her spastic body of pain showed proof
secret sermon uttered for the soul to stay intact before caught
she bit off her own tongue
a jar of glass placed carefully next to the...
...open wound she watched her soul slip into it
closed the lid and smiled as he let her die,
cold and empty. now came the time to merge with glowing treasure of his
his dirty glasses reflected his hands as they slowly opened a drawer
pulled out a vast collection of jars
they all contained his victims sparks
the thievish doctor had formed a plan
through surgery insert them all into his body
slashed a laceration and poured them in, the dead was lying rotting and wouldn't miss a thing