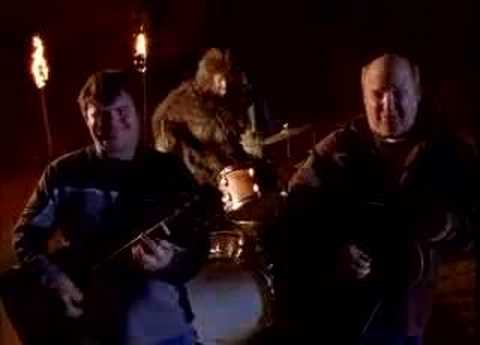 There was some scientists
tryin to figure out
the Sasquatch riddle.
then they figured out it was a missing link.

In Search of Sasquatch...
that was a kick-ass "In Search Of..."
with Leonard Nimoy
kickin out the Jams.

He captured imagination
Of people all around the globe
His name was Sasquatch...
so I'm told...

His legend's ancient
in the ancient scribe
of the indian tribe...
Apache tribe.