Hate It Or Love It

Lyrics to Roll On 'em 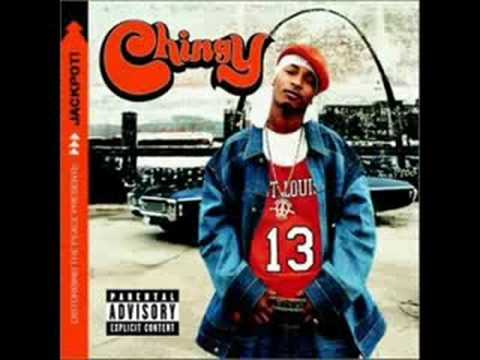 I know you're thinkin this song is gonna be about
All the problems in my life, all my pain and sorrow
All the shit I done been through
And the times that I've been livin on this here fucked up Earth
Well I'm sorry to let you know that it ain't, haha

Cool & Dre watup, yeah
This your boy Chingy man, straight from the Lou' (it's Ricky Ross)
All the way to Miami (Chingy)
We doin it big baby (St. Louis, watup)
Now let's go

[Chingy:]
Look, check
Hey I'm so flossy I can wear the Dental package
The Range Rover sweet, 'cause it got a lotta racket
Our [? ] lost faith, now I call it Chingy Magic
Look the other way nigga when you see me in traffic
Hello, 22's is cool
Feel like I graduated, throwin y'all still in school
Look, mellow they call me Young Smooth
'Cause my appearance alone will get your girl in a mood, shoot
I know they like the color on the Chrys'
'Cause I'm gettin it hell, put some colors in the ice
That's ballin, go 'head, gamble with your life
And I'm a [gunshots] turn your head to some dice
Hood up partner, you niggaz goin straight broke
Tryna keep up with my whips, I don't pay a damn note
No, no you fake hustlers are a joke
Huffin old ass fool should have came with a remote

[Rick Ross:]
Yeah, Boss
I'm a vet with the whips, when it's red on the hips
Hit the Lou' drop the top, throw up sess' and then I dip
22's out the top, I'm a mess with the bricks
Gettin head in all schools, havin sex in the six
I make you niggaz brin it, sittin on 30 inches
We steppin out blingin, me and the dirty Chingy
I met your homie chick, fucked her in 30 minutes
Jump back off in my shit, we back to serve sippin
You hear that big glock, you see that wrist watch
Go hit the weed spot, me and my shit wash
If you trippin, I'm bustin, we still killin for nothin
If you feelin I'm frontin, I'm continue to stuntin
Ricky Ross

[Chingy:]
Click your heels homeboy, my rims on steroids
Po's pull me over you know, I don't care boy
Here's my license and to show that's all you pigs need
Keep fuckin with me, I'm a take you on a high speed
Try me (vroom), but you know what pa'
They usually stop me just to say they wanna drive my car, uh
Nah tell the station give you a raise
And maybe you can be flossin like me one day
One day, ay, where my riders at
The SS Impala co from front to back
I'm about to sell it tho', fuck it, give it to Smith
So he can stunt like his cousin and we all the shit
I got this, probably seen me on the dub cover
Flyin smurf, low fur, chauffeur, I'm a hustler
Yeah homie bring your whips out
Last nigga tried to jack me, dirty brought them clips out