Lyrics to Roger That 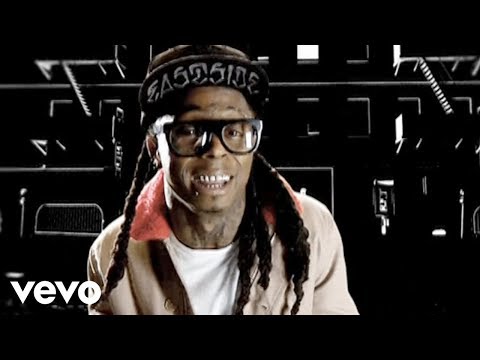 [Nicki Minaj:]
I'm in the collard green 6, cornbread in the guts.
Got da Halloween kicks trick or treatin the clutch.

Come on nigga is you trickin or what?
Flo-fl-flow tighter than a dick in the butt.
Just hopped off da plane, came back from Vancouv'
Little white tee, some boobs, and bamboo.
White girls tell me, "hey Nicki, your camp rules.
Is that why you get more head than shampoos? "
Asalaamalaikum, no oink for me.
And I never let a D-boy boink for free.
'Cause it's barbie bitch, you can join the wave.
I done penny, nickel, dimed, I done coined da phrase.
You couldn' beat me there if you had a Leer.
Indian-style court side with a cavalier
VIP Roseau's you can have a beer.
'Cause honey when you gettin money you don't have a care.

[Tyga:]
Young black Rico's.
Kill for da C notes.
But me though,
I jack son bitch Tito
She wanna play games,
But this is not bingo.
Monopoly I'm past "GO"
Gon' ahead and deep-throat.
4-chick Foursomes,
Skin colors mocha.
Sally and Sonia put the pussies on my Totem.
Pole.
Watt stroke 'em,
Strike it like bowlin.
Now open like you yawnin'.
It's 6 in the mornin.
Slee-Sleepin on me probably in a coffin.
I'm hotter than the end of fuckin' August,
I'm awesome.
I'm awesome. Repeat it to ya Grandma and Uncles, my Mothers
Tyga's no Dad but I'm the muhfucka.
My fucka's,
This the last supper.
Look, no hands,
I'm a bread cuffer.
I don't dare lover,
I'm a dare devil
I don't fear nothin'.
Muhfucka,
YOUNG MONEY!

[Lil Wayne:]
(I'm goin' in!)
Fresh off the jet, sharper than Gillette.
The blunt still wet, so pass it like bread.
We sip side a mug, we call it upset.
Smoke more than 4 quarters, we call it sudden debt.
I'm a beast.
You a pet.
AK long neck.
Keith Sweat.
Weezy, muthafucka.
Capo in this bitch with me.
Money talks and have a convo in this bitch with me.
I'm mountain high Colorado in this bitch with me.
Flow crazy. 730, you just 650.
20 bullets from the Chopper take the roof off.
Laughin to the bank,
I'm a goof ball.
It's YM.
And we at yo neck like a Violin.
It's our world.
We make it spin.
And y'all the prey... Amen.
Now roger that. Roger that. Where Roger at? I heard Rog' a Rat.
Fuc-Fuck around and never get Roger back.