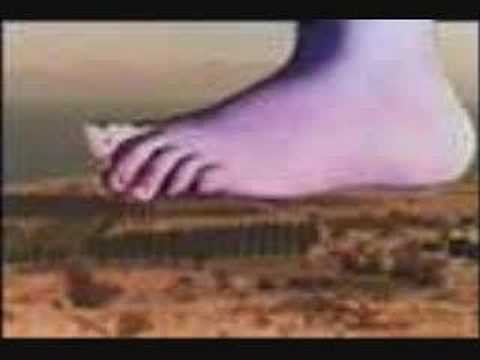 Rex Stardust, lead electric triangle with Toad the Wet Sprocket has had to
have an elbow removed following their recent successful worldwide tour of
Finland. Flamboyant ambidextrous Rex apparently fell off the back of a
motorcycle. "Fell off the back of a motorcyclist, most likely," quipped ace
drummer Jumbo McCluney upon hearing of the accident. Plans are already
afoot for a major tour of Iceland.

Divorced after only eight minutes, popular television singing star, Charisma,
changed her mind on the way out of the registry office, when she realized
she had married one of the Donkeys by mistake. The evening before in LA's
glittering nightspot, the Abatoir, she had proposed to drummer Reg Abbot
of Blind Drunk, after a whirlwind romance and a knee-trembler. But when
the hangover lifted, it was Keith Sly of the Donkeys who was on her arm
in the registry office. Keith, who was too ill to notice, remained
unsteady during the short ceremony and when asked to exchange vows, began
to recite names and addresses of people who also used the stuff. Charisma
spotted the error as Keith was being carried into the wedding ambulance
and became emotionally upset. However, the mistake was soon cleared
up, and she stayed long enough to consummate their divorce.

Dead Monkeys are to split up again, according to their manager, Lefty
Goldblatt. They've been in the business now ten years, nine as other
groups. Originally the Dead Salmon, they became for a while, Trout.
Then Fried Trout, then Poached Trout In A White Wine Sauce, and finally,
Herring. Splitting up for nearly a month, the re-formed as Red Herring,
which became Dead Herring for a while, and then Dead Loss, which reflected
the current state of the group. Splitting up again to get their heads
together, they reformed a fortnight later as Heads Together, a tight little
name which lasted them through a difficult period when their drummer was
suspected of suffering from death. It turned out to be only a rumor and
they became Dead Together, then Dead Gear, which lead to Dead Donkeys,
Lead Donkeys, and the inevitable split up. After nearly ten days, they
reformed again as Sole Manier, then Dead Sole, Rock Cod, Turbot, Haddock,
White Baith, the Places, Fish, Bream, Mackerel, Salmon, Poached Salmon,
Poached Salmon In A White Wine Sauce, Salmon-monia, and Helen Shapiro.
This last name, their favorite, had to be dropped following an injunction
and they split up again. When they reformed after a recordbreaking two
days, they ditched the fishy references and became Dead Monkeys, a name
which they stuck with for the rest of their careers. Now, a fortnight
later, they've finally split up.
(telephone ringing)
Hello.
"Hello"
Yes?
"What do you think of Dead Duck?"
What do I think of Dead Duck?
"or Lobster?"
Lobster?...