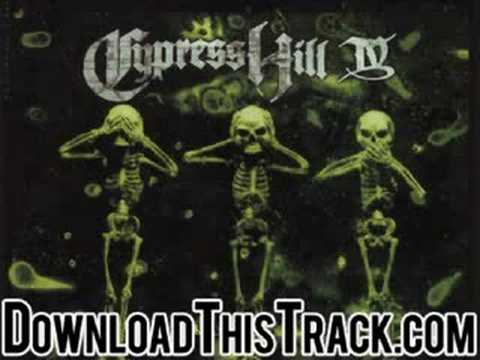 to get into riot gear"

[TV Reporter 2]
"OK, we have uh trouble breaking out here right now
Tensions are building
Uh, the police have just wrestled a couple of people to the ground"
("...Police in riot gear...")
"The police are, uh, forming a long line now..."

[B-Real]
In the year of ninety-eight, you can't wait
Niggaz been waitin on our release date
I know how to pick em up, stick em up
Everybody go crazy while I'm fuckin shit up
Who's on the floor, while the beats break
Hey ? feelin to catch a vibe, you buyin an e-ticket
to the unknown, hilltop feelin a lot drop
You gotta get the fuck out of the spot
Hear no, speak no, see no, but we know
Good reigns over evil, how it be though
I'm doing it my way, like Carlito
Taking over the whole scene, a bad dude, so
Bring yourself off up the ground, start it up
Break it up, shake it up. you better be wakin up

[Sen Dog]
"Yeah...move it to the side
Cypress Hill coming through once again
Check this out, this is for ninety-eight, nine-nine
Forever baby, come again now!"

[B-Real]
People like talkin, but can't walk a mile
Puttin you down, but they can't bite a style
I start the riot up, fire it up
Watch the roof cave in, while I'm lightin the shit up
You want some more, fanatical, rhyme animal
Slammin your head, bangin the wall, it's all mechanical
Hear no, speak no, see no, but we know
Don't even try to breathe though, an amigo
don't move unless you feelin the whole move
Like a bomb, gonna blow, I'm killin the whole room
Still no real souls, heal those through real shows
Broken, how your grill goes, you feel those
Then I pealed those off of the wall who got bombed
Cypress Hill reignin supreme, we stand tall
People never answer their call, they fall slow
When the riot starts feelin the boom, you better roll

[B-Real]
Look at all the pigs they can't hold me down
Riot gear on, they fiendin to get clowned
Watch as I throw my weight, they hesitate
while I'm circulatin the flow, movin through every state
Stay calm, play on, be gone, the teflon
No delay on the mission, I breathe calm
Who's gonna be the thrilla when I'm gone
Makin the scrilla, Manilla, the Don Juan
Seek low, need no, info, the weed codes
Don't even try to think though, I'm a kilo
Dope shit, my position remains firm
Fuckin your head up, take a sip, eat the worm
Let it burn, up in your stomach, you never learn from it
When the stoned of Soul comin to return

[Sen Dog]
"Yo, get the fuck out of the way or get hurt man
You got to move motherfucker, you got to move
You gotta make shit happen
Yo, once again, this is Sen Dog
All the way from the Soul Assassins Laboratory
Somewhere, who the fuck knows where at, knahmsayin?
Big shout out, all the Soul Assassins across the country
Whereever you at, yo check this shit out
We comin hard baby, we bringin it live
We gonna burn that motherfucker down yo
Tryin to raise the roof, we wanna fuck it up
We wanna do whatever it is the fuck you call it
As long you get out the fuckin way, let Cypress come through
Woooorrrdd, yeah
We gonna call this one...the Riot, Starter!
We wanna see that shit, everybody say that shit
Riot Starteeerrrrr!