Lyrics to Ringo Starr - 2nd best drummer in the Beatles 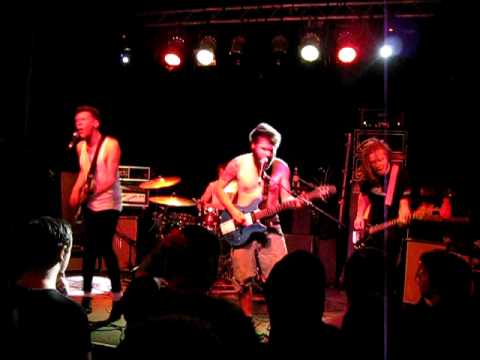 This scene is dead why would you come to shows?
When this whole town is filled with pubs and clubs and discos.

I don't know what came first, the shit music or the shit drugs
But I do know that all the kids that used to go to shows now go to clubs
I don't like dance music and I don't think that I ever will.

Society
Get a clue
You've deserted me
Get a clue.

You take the top ten as Gospel
Shame all the songs are fucking awful
Just buy CD's and Mp3's from HMV
You're bleeding money
The press campaign will rot your brain
It's the same shade of grey
And who the fuck is Simon Cowell to tell people
That they can't sing?
I've never heard him sing a note in my life.

This is why, my friends lend me CD's and I don't buy
I trust their, judgement over what's on air.

Never again
This is such a joke sell the charts out
Indie bands take note eat your hearts out.

It could be worse, we could be dead
I don't know how we survived but all I know is we did.