Lyrics to Ride Wit' Me 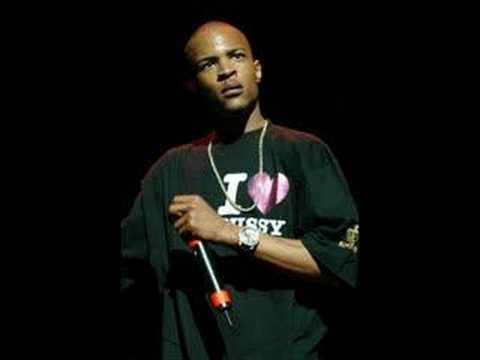 [Intro]
Let's get it homeboy!
Y'all already know what is man, this ain't nuttin new to y'all man!
T.I.P., Pimp $quad Click ya understand that?
King of the South! Hey!
Westside of the A-Town, nigga you don't know no better nigga
BANKHEAD!!

[T.I.]
See me ridin' through Atlanta in a Phantom wit' the double door
Make these bitches wonder what he be in so much trouble for
I'm touching folk, anytime they trying Grand Hustle folk
I'm busting folk, what the fuck we arguing, fussin, cussin' for?
You lucky hoe, couple of years ago I prolly cut your throat
But fuck it though, what I'm spending somethin' on a nothing fo'
Well-known flow, man I got this shit from Simpson Road
Adamsville, Born Holmes, Center Hill, Zone 4.
A drop top, flip flop, shine as the chrome glow
When T.I.P. pop out the roof "What he up in Herndon Homes fo'?"
Along though, shit he jus' doin' what he known for
Blowin' 'dro, 24, livin' how the song go
Rubber burnt, turn the corners, beatin' like a Congo
You try to jack I pull the strap, it's +ASAP+ pronto
King of the South, every hood's head honcho
I'm Westside certified, go run a fuckin' hood yo

[T.I.]
I done told y'all I'ma O.G., never had cold feet
You end up with no teeth, nigga +U Don't Know Me+
I'll knock ya off ya feet, put holes in ya until ya clothes leak
Tossed it in the river like I threw away my old heat
You chose to oppose me? Who the fuck you s'posed to be?
Mechanicsville and Summer Hill, Zone 3 that roll wit' me
No hoes wit' me, you know all that blow before they sold me?
I'm everything you s'posed to be, boy ain't no runnin' over me
Kick it wit' the +King+ and lemme show you what I mean man
Most these niggaz rappin' about a block, ain't never seen Nan
Real niggaz recognize, real niggaz and you ain't nan
You don't know how to stab a nigga dead, keep a clean hand
Sell a block for 24, you got's to 17 gram
From Eastside niggaz and Kirkwood and Little Vietnam
These 26's keep the attention of bitches
Come and ride wit' me pimpin', lemme show you how we get it