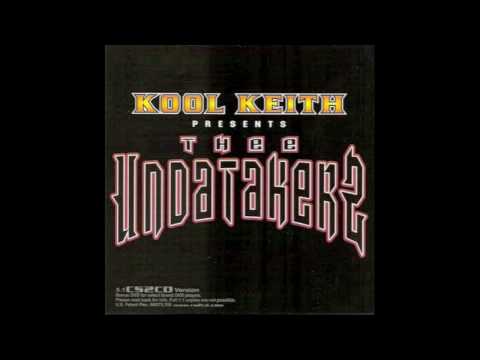 Everybody with the black tight suits on
Everybody with the Stacy Adams shoes on (praise the Lord)
What are you gonna do when this guy
jump out this coffin and start breakdancin? (Hallelujah, woo!)
Doin the slip and slide (amen)
Look at him, they buried him with a polka dot suit
He didn't have the loot
But he's gonna get up and do some dancin, look at him, slidin
Doin the electric slide, back and forth
Hoppin out his coffin... you didn't think so did ya?
You didn't think he was gon' come out the coffin
Surprised ya! Cause he caught the Holy Ghost
He caught the Holy Ghost

I'ma tell ya guess who's the guest star
With Howard Cosell
The rap game, since Kobe Bryant wasn't even an embryo
Michael Jordan walked in, that's right his lil' son was 13
I used to manage Marvin Hagler and Ken Norton
Las Vegas had one hotel
I had Angelo Dundee before Ali, done trained Mitch Greene
Tony {?} was heavyweight
Don King was in Cleveland with John James
Mike Weaver couldn't handle the press
The tickets was ringside, me a preacher
With Don, Carol, Tom Jones, Lyndon B. Johnson
He wasn't even in front office
Morgan Stanley gave the bank loans
With Rocky Marciano in the studio
And that's right, Studio 54, no black suits
I'ma wear a yellow suit as a preacher
I'ma wear a yellow suit as a teacher
You get out my face!

First Corinthians, chapter 10, was.. that..
man.. man ran over, woman
Second verse, Matthew said that (preach now preach now)
he, could cook a TV dinner, share with a lamb
Give food, around the world, God said sure
But that's all love you know {*applause*}
Brother Green, got a question back there
Umm, yeah excuse me, umm
Miss.. Miss Johnson can you move your big hat out the way for a second?
I'm sorry about that, okay?
Can umm, two people come over and help her lift it up off her head?
Oooh you got a, bald head

Now the last chapter, alright, can you read umm
Uncle Fe, umm, Uncle Fester
You got Uncle Fester in here from Addams Family y'all
Give a hand for him in the back over there
Uncle Fester's in here, oh ho ho
Yo umm, y'all can read um, First Corinthians chapter 7 said
And the dog ran, see Spot run
See Jane catch spot
Spot ran, see Spot run
(Tell 'em pastor, preach!)
Hopefully, we're gonna change the church tonight
(Watch out now!) Mr. Softee's outside (yessir) (Hallelujah!)
Bring me back an ice cream sandwich, that's right
There's no turkey for today
Everybody's going home their way
No... {*fades out*}