Lyrics to Return To Egypt 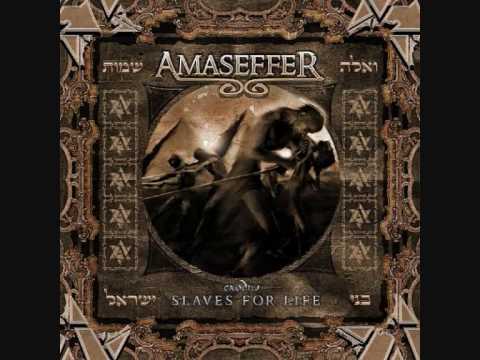 [Hebrew text]
('And he cast upon them the fierceness of his anger, Wrath, and indignation, and trouble, A host of evil angels.' [Psalms 78:49])

Two brothers stand; their eyes are caught with fire
They know no fear from the tyrant on the throne
A simple wish not granted, to worship for their god
There's no compassion inside the Pharaoh's heart of stone.

Blood consumes the waters; tainting red the sacred Nile
The rancid stench of death harbours winds for miles
The cities and the temples, flooded now with frogs
And their croaking lasted days until Moses gave his word

Harming none in Goshen, infecting with their woe
A gathering of vermin collide against the Hebrew's foes

The pestilence and sickness that stroke the heathen fold
Are the labour pains of freedom taking out their toll?

(Aaron:)
[Hebrew text]
('Thus saith the lord God of Israel, let my people go, that they may hold a feast Unto me in the wilderness')

(Pharaoh:)
[Hebrew text]
('Who is the lord, that I should obey his voice to let the Israel go?')

(Pharaoh:)
[Hebrew text]
('Get thee from me! Take heed to thyself, see my face no more; For in that day thou see my face... thou shalt die!')

(Moses:)
[Hebrew text]
('My lord, master of the universe, Flesh and blood when he comes down to rage war, his ministers and servants surrounding him in all his glory. And you supreme king of kings, judge us for we are your servants and they are your allies. Come and rage war with hem, hallowed be the name of God... For ever and ever!')