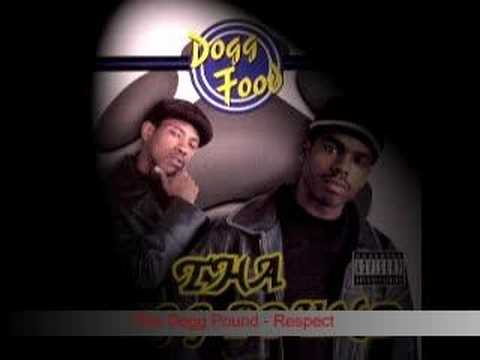 I know you're bobbin your head, cause I can see yah (repeat 4X)
You can't see me, hah
Back up in that ass once again
With some of Dat Nigga Daz shit
Beatin up on your ear drums with some of that G Funk
Some of that gangsta funk
Some of that ghetto funk
Call it what you want, just don't forget the G
Got the motherfuckin Dogg Pound in the house

[Daz]
Now as a child I was raised in the church
Now what ever possessed me to do the shit that I do to put you in the dirt
I gives a fuck about a nigga on the street
I'm runnin ninety-fo' and I done ran ninety-three, don't like no hurdle
For the murders I committed in my Omni Fo' convertable
And not a soul saw who did it
As I lean to the side in my Omni G-Ride
On a mission, fo' deep, Dogg Pound do or die

[Kurupt]
Now if you see me mobbin down the street what would you think (not)
Realizing that I'm surviving off instinct
What makes my mind click to perfect timing
For me to twist shit switchin bullshit the fuck up like The Shining
Cause I'm in my own zone, alone look down
You think you saw but death is all round like a ghost town
Perhaps you, know I axe you
Fool if I have to, can you comprehend or adapt to

[Kurupt]
Now wit Dat Nigga Daz, everywhere I roll I'm set to blast
The way to success is elevating too fast
Every corner that I turn, there's money to burn
With no concern count the amount there's more to be earned
Set-Trip, the word I hear every nigga spit
Sixty percent's trippin forty percent's bullshittin
Industy's shady, my safety's in jeapordy
Control the mind with mental telepathy nigga
Shady as fuck, Kurupt can see it in your eyes
Anticipatin for the real to come from the disguise
The Pound, we roll thick like one-time
And I could fuck your bitch after I bust just one rhyme
All we do is smoke weed and get blitzed
And kick that motherfuckin gangsta shit
(Say what say what say what say what say what?)
Kick that motherfuckin gangsta shit

[Daz]
Well I see myself on top, by the age of twenty-two
or will I drop, a fallen star that has been forgotten not
In the past, I mainly hustled for the cash
Suprised to see that nigga rise up on that ass
Anybody killa, do or die if I have to
On deck, twenty-four seven and blastin if I have to
I live my life I done swore to courtin trigger long
Who would stop the movement why I journied so far
From the danger that lurks, from the one that's out doin dirt
Step to modify this and vanish away from this Earth
Beyond the heartbreaks and heartaches, rest in peace
Riders died death is unexplainable when you die