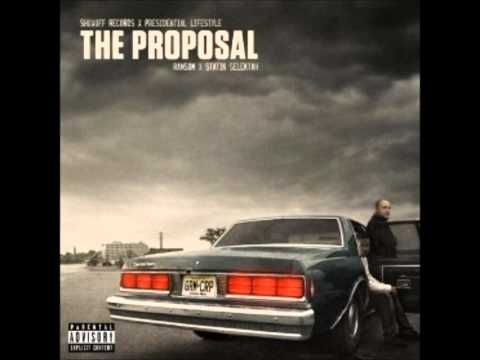 100 grand for the takin, we got it here all for us
If they were to listen to me it would've been more for us
Nigga all I'm worried about if they was recordin us
No more sellin bricks for Caesar, he was extortin us
Man fuck Caesar, fuck his dope and his reefer
My plan got us 100 grand so I'm the leader
Yea nigga, you shittin me? You just talkin shit to me
All I need is a couple hammers and 20 clips with me
Oh is that right D? The rest of us feel like me
We don't need a leader, if anybody it might be
Hmm, let me guess, you talkin about yourself D
You's an OG, just worry about yo health G
Man just do what you was told to do, my son is not as cold as you
Caesar almost folded you, I got some scars old as you
Fuck this nigga pposed to do? I move like a soldier do
Man that nigga's colder than you, told you that they over you
Told em you was thinkin that you move just like a cobra do
I used to sell coke for you, I should've never spoke to you
I know how I was coming up, spare me with the funny stuff
Fuck all this chit chat nigga, just count the money up
I came damn near close to death, probably even broke my leg
This is my plan and for that I'm getting most the bread
This nigga probably broke the set, I don't think I heard him right
You better get this chump a bag, you gon get hurt tonight
Yall both gon turns tonight if yall don't get the persons right
Brutally stabbed up, I'll be the one to insert the knife
Yall niggas ain't worth my life, at home got the perfect wife
But if want the merchandise you ridin in a hearse tonight
You better spit that verse to Christ cuz that's who you meant it to
My finger on the trigger, already 10 steps ahead of you
My nigga what you better do is shoot them in the head with two
Leave em on the counter top and me and you can count the gwap
Okay but I don't like the sound of shots so I'd rather stab em up
Wrap em up, the money's divin, I better add it up
Well right now I'm backin up cuz yall niggas is actin up
My money I be stackin up so you ain't gotta clap me up
I told you he was pussy though, I'm the reason we took the dough
I know I'm just a youngin but I am far from a rookie though
I don't know about that dog, yea I wouldn't go that far
You're still just a youngin, yall type of niggas just act hard
Hold up, what you talkin bout? They bout to bring them coffins out
Have police talk em out, no surprise that we fallin out
Alright this is mano a mano, hand on my Desert Eag
Fuck it, I'mma die for this dough and let my beretta squeeze