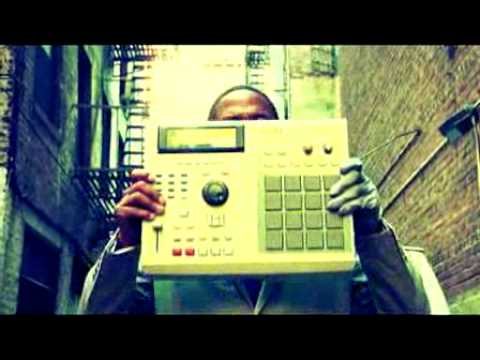 [Q-Tip:]
Gather around, the Renissance man has finally appeared
And I'm astonishing rap characters are cause of the tears
Quasimodo and the quotables excrete from my mouth
And no doubt, we rubbed you wrong and rubbin you out
To try to tackle such a problem is a foolish goal
And when the opposition's Abstract, bless your soul
They are the reason MCs but none on the level
Other you're the vocalist, precious like metal
Makin all my rounds through the towns like physician
I be curing inpure emcees, plagued with disease
So take a spoonful of Poet Penicillin and
Sit back and listen to your man as I fill it in the Renaissance...

... So here we go, now
It is the +Midnight Maurader+ on the scene
Geographically earthed in a place called Queens
I was formed with my principles, way I displayed
When I used to MC where all the other kids played
'Cause I was way too I'll, so I would hone my skill
And go out in the park and let my chemicals spill
Right there, on Farmers Boulevard, I made my mark
Two dudes, niggas would dip from us, me, and NARCS
And then my, legend would grow on the A-train line
Where brothers would gather to see me blowin nicks and dimes
It was me, Big, Pete, Tanya, and Sir-[? ]
And the heat of the cipher, I was not libel
From all the casualties of the dutty MCs'
I split the train car like Moses did the Red Sea
Get it in ya head, we gon' rock the dead
Night of the living MCs', the weak ones fled
And the stage is the pulpit, Renaissance won't quit
We gon' baptize y'all for your benefit
We been aligned and assigned to change
Rearrange all your molecules like Dr. Strange
Making cultures move, if you disapprove
You can keep loudmouthin, it won't bust a groove
You see the object of the game is we don't see it as one
We don't quit, bullshit, and we never lost, son
Deeper than the oceans and expand like air
We be vast indeed and if your hearing's impaired
We got the perfect remedy for you tonight
Just put your ear to it, it's like dynamite
And it's the Renaissance... Rap

Now lookin at ya clock, you know that it's time
To hear real I'll beats combinated with rhymes
Brought to you by the person at the T-O-P
That be G-O-D, and I be T-I-P
The promoter of the flyness, witness with iris
Of this lame and he came, but I'm the royal highness
Don't'cha ever forget, who put the pep in ya step
We made it cool to wear medallions and say hotep
And this beat is suh'thin that you can't recover up from
You better a-joinin the force because we can't be done
Listen, we on this mission and it's a go
So welcome to the Renaissance in stereo
It's the Renaissance [echoes]