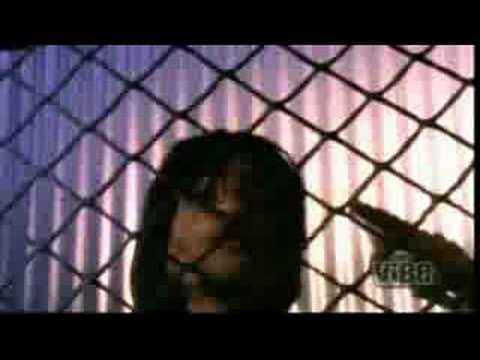 [Red One]
We're gettin' mad props, like on the movie set
So take that to the races, 'cause it's a sure bet
How could you lose when you're rollin' with the right stuff?
I'm smooth on the mic, but still I like to drop rough
When I let go, never on the techno
Sell me soul for a million? Um, heck no
I freak on the budha tip, suckers slip and lose their grip
When I flip and trip, oooh, a nice busted lip
But I'm a freaker, for the people
'Cause when I smoke a blunt I'm higher than a church stepel
That's why I gotta thank God for what I was given
My pockets are fat, and that's the way I'm really livin'
So check it, you know I come to wreck it, I do much damage
And like Don King, you can't manage
'Cause my crew stacks up, my number one backup
And we don't even pack up
'Cause we cut no static, we just kick ballistics
So don't mess around unless you really wanna risk it
I'm runnin' down tracks as if they were a relay
I know I've blown your mind, yes there's no need for a replay
When I'm thinkin' it, suckers still be freakin' at it
Yes I've passed this mamage, now I'm coming automatic
So jump off my wagon, my crew was never laggin'
Hittin' skins, writin' rhymes, then we're on the ball, taggin'
Like juveniles, with the phat groovy styles
Never been to Egypt, but still, we like to flow like the Nile
Everybody got that? Make sure that you get it
'Cause I break more points than Swayze, and I can bet it

[Misfit]
Resign, I'm next in line, 'cause that spot's mine
The Emcees intwine, I turn, and are hung from the spine
'Cause you the sized fist, and the fury I let lose
I'm Quick to break you down and bury your head like a goose
You deuce, I'm the ends that makes the break point in this race
Deface your whole name and erase terror in the place
Shed the dark, I clear park with the rhyme, I be swingin' like gates, I illustrate
ill flows that I bringin' to ya
I make 'em go through ya, Misfit, I knowledge just to get psycho like puma moona

I devestate with the crew as we penetrate
Refresh our buddha bless with the sess that stimulates
Another rhyme, yes a funky rhyme, yo it's that time
You step with intricance and catch a blast from my nine
Ten, let's rewind to hear it all again
And revise and memorize there lyrics to tell a friend

[Misfit]
Phat, like I cause static and havoc to me victims
Watch out, I'm swingin' a big rap star bash for the pen
And heavy hittin', I'm splittin' g's in threes when I preceed
Indeed, take heed
To this lesson and lead I bring forth
Off course, lyrics hittin' when I come up, flame stitchin' the souls of opponents
like a blow torch
The essence, eternally able to hold my own
On the phone, I got a knack for throwin' sticks and stones to break bones
A commander in command, in control, at the helm
I gotta blast that ass if you step in my realm
But since I sliced and diced your prime rib into minced meat
My feat was your defeat, so take a loss and a seat
My zone, get your own and your teeth off my bone
And now I leave you hangin' like Stallone

[Red One]
Check my lingo, 'cause on this phat track, I'm a let go
Lyrics to catch wreck like Koresh in Waco
In the style of hip-hop, I love it with a passion
So wacth as a grab the mic and flex in this fashion
Like Jane Fonda, 'cause I got moves like a Honda
We're here to bring hip-hop, way beyond yonder
I wonder, how far could we take it without selling out?
'Cause we're bad to the bone beyond a shadow of a doubt
When I'm first to the verse, I've got a ninja-like swiftness
And known to stone the mic with the bonafide stiffness
From the underground, my grand central station
I do what I want, and it's called an occupation
And what I wanna do is for the whole damn nation
Keep hip-hop alive for another generation