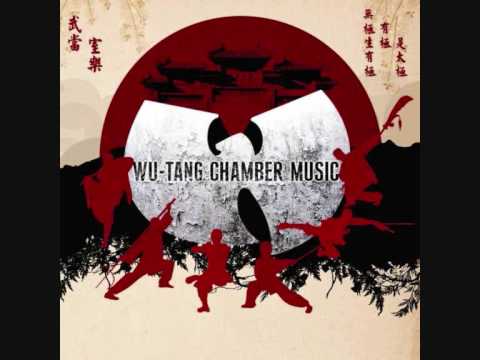 [Raekwon]
Criminal kingpins, gangstas and cheap friends
Actors, vixens, niggas put your kicks in
Blood money when we hawking, ackward gun that go around curves
Bullets braze niggas with coffin, yo
Watch how to rhyme with hammers, I got two mens
That don't speak English, shooting game's bananas
Down in Spain, my bangles, clusty, checking my swings
Trillians on, yo, cuffing my jeans
Broad day, yo, body another, my microphone is like
Blow 'caine, one, pull the trees, you love us, yo
So killers be cool, pimps, read rules
When a grown man is rapping, it's Ill Street Blues
Striving, nigga, with one side
Don't go against totally rent shit, nigga, baby gonna die
Yeah, bank robbers armored up, gear like the boys in Heat
DeNiro told one soul to keep quiet

[Cormega]
When Pun was packing a mack in back of the Acura
I was dealing in them buildings, it wasn't no cameras
The witness savages, snitching was hazardous, now it isin't
Shit is embarrasing, fuck a flow, this is a lyrical aquaduct
Sink or swim for what I'm hearing you bagging up
Lyte like the MC, I'm 'paper thin', you tripping
I'm taking trips, your eyes don't lie, take a glimpse
Into my life, you see me blazing clips, with the green to make it rich
With a team that'll scrape the Knicks, and a v that's crazy quick
I came to wear my Yankee fitted, represent for greatness
It's lyrical elevation, causing mental stimulation
If I'm getting too deep, I give you a minute to take in
My jewels radiant, like a view of the Caymans
And thinking you seeing me, who you playing with?
Cor, Mega, raw forever
Fell back, pause, fell off? Never

[Sean Price]
Aiyo, listen giraffe neck niggas, I blast techs
Alejandro, came through with the Mexican Aztecs
Rap smack niggas on a whole different aspect
Homey, owe me dough, that's how we fucked up his last check
Three train Saratoga, train stop, nigga been
Metro part with the plan, make major figures
Foul flagrant, two shots, give me the ball back
You got shot, get off my ball sack
You not hot, give me a call back, niggas is all wack
Super doopa stupid, get drugs and I fall back
P, ain't a problem that the God can't handle
I set it off First Blood, Sean John Rambo
Whoooo, as you can see, I'm focused
Boot Camp for life, fuck the G.I. Joe shit
Boot Camp is an Army, better yet a Navy
Marine Air Force Ones, nigga, the shit's crazy, don't play me