Lyrics to Quest For Certainty 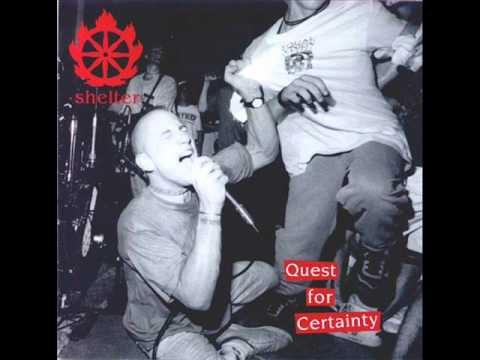 Alone in a crowd just like a jailhouse, but I'm reaching for something real. And I'm sure on the street there are people just like me who know the way that I feel. I've heard from the fools and I've followed the blind, but I'm not going to be defeated. Now I want to hear from a truthful source, 'cause I'm sick of being cheated. So-called educators are just big speculators on topics unrelated to me. Filled myhead with school; now what do I do? No wisdom just a paper degree. So many people teach, so many people preach, and make a claim to authority. But I've seen in their lives, they compromise, so why should they be teaching me. College, money, family. Will these things set us free? Make your mind up sonn you'll be dead. This world's like a dream, it's not what it seems. You think it's solid but it fades instead. I know so far I've been looking real hard, and I'm trying to get a grip on reality. If there was a place where you didn't lie, cry, die, would you come with me? It's my quest, my quest for certainty. In an age that's plagued with absurdity. A quest I'll try my best, to manifest sincerity. What more do they want from me?