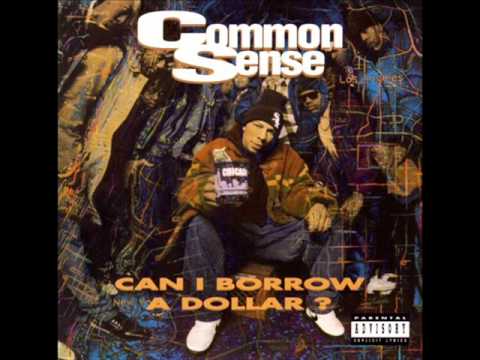 This is a U-A rhyme, dedicate to the ca-nine
Tch-a-ch-tchk, c'mere boy, I said it's play-time
It's time to play with the mind of a slimmie
I don't wanna be a freak, but it's the dog in me
I don't pretend to be the open door roses type
I open the door for myself, and I close it right
in your face, now you wanna taste my food, what?
You got your own food, get a attitude
You get left, call the ref if you think it's foul
I ain't tryin to hear that, so have a Coke and a smile
Cause after awhile, I'ma wanna get BUCKwild
And now months laters, I'ma say it ain't my child
I'm sterile girl, we ain't never did nothin
Cause only you and I know that the Common Sense is bluffin
Little Miss Muffett, that's how the ball bounces
Sorry you gotta bounce the ball eight pounds and two ounces
That's how I'm livin, just like a rottweiler
When I was a shorty, I was a lot wilder
But then I got milder, and settled down with a harem
and when I can't bear em, I share em
You see it's like no, pass it off, pass pass the puss
I ain't a nerd, but WE'VE GOT BUSH
So cut the bush brat, and let's move it like a U-Haul
Forget the grindin shit, I ain't tryin to get the blueball
Brrrrrrrrap bump me child, I'm speakin upon the nitty gritty
I'm a dog -- HERE KITTY KITTY

Zippidy-doo-dah, a zippidy-zippidy-day
Unzip your zipper baby, and come my way
I'm Jack the Ripper, na-nah not Jack Tripper
Cause Three is not Company when your other two friends are thicker
So come one friend, come two friend, come all
United we stand, divide your legs so I can fall
in your bowl of cherries, Kerrie is so very
thick thicker than the Dick Tom and Harry
Tom and Jerry (WHAT?) A Woody Woodpecker
You need body work, I work that body, I'm a bodywrecker
Intersector, I'm the nectar plus the plum
I manage to take advantage, cause some of these hoes are so dumb
If you got some, just an eensy BIT of game
then it's safe to say it's that bet you can get a dame
I shoot, aim the same game, yo obedientally
Tell em that I get the drawers come off immediately
Here comes a nut slut, and we can do the Beat Street strut
and be that I'm a mutt -- so what?
No but if's or maybe baby, look who's talkin to
It's true when I'm drunk I might bone anything that's walkin
down the street, watchin ladies
Nobody's watchin you, because you got a baby
I ain't tryin to be a stepfather so I don't bother
Word to mommy dearest, I look farther
Down the road, to a road not taken
I'm tired of all these same bitches, I need to take care
a new flower, so Joe can take a shower
and get wet, and then jet
like ahhhh, seven-forty-seven
I tell the girls my number 7-7-7-ninety-three-eleven
Then I'm steppin, so when they call me, you'll hear
&quotIs Common there?" Uh-uh, sorry
you got the wrong number, if you wonder I'm the lumberjack
Choppin down the cherry tree and never comin back
It's like that and it'll be like that
Because a dog is a woman's best friend black