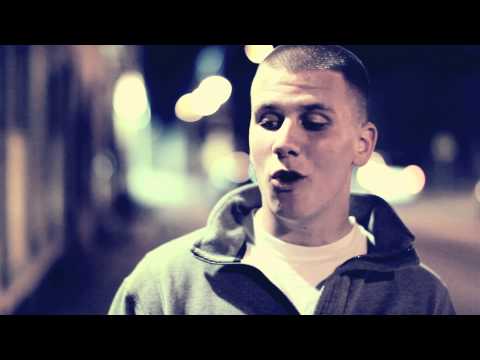 I'm trying to be a star but right now I'm stuck in the middle
Yea I'm little but I'm ballin', no double dribble
Some people say I'm real, some people tell me I'm I'll.
Some people even say why the hell the kid ain't' got a deal.
IDK but I'm gonna blow like a land mine
Dudes gonna hate but women finna say he damn fine.
Not now but in time I'm gonna shine like the Bat sign, chill on a beach, I'm reclined
But for now I just spit up all these mad rhymes
I'm gonna be POP-U-L-A-R
Be chauffeured in big ass cars and smoke a real Cuban cigar
Go to a casino and blow a grand on a hand a card
Or go to the nicest club and just buy out the whole bar
I'll exchange my Pontiac for a car with a nice ride
And pop bottles with all of America's top models.
Be on the cover of TIME and be called the man of the year.
Now everybody raise their glass, that time is finally here, cheers

I'm gonna make a million, I'm hoping to make a couple more
People are gonna stop and just stare when I'm walking through the door
Young and rich, yes I will, I'll pay all of my mama's bills
Not now but in time, I promise I'm getting better still
I'm 18 with a dream to be on that big screen
They say I'm so nice but my style will come up so mean
Because I'm a G, no I'm not whom I kidding?
I'm not flyer than a pigeon I'm softer than little kittens.
I won't tell you that I am the nicest when I'm spittin'
But I'm quick enough to see so stay the hell out of my kitchen
Though you will prolly get burnt, get fried or get steamed.
My flow is extra dirty, I ain't never been cleaned
Now I ain't hoping something steams man I'm killin' all these whack cats
Chasing dreams, just hoping I'm on the right track.
I'm finna blow so I think u should take a step back
[?] kid here Like you hear Micky [?] rap