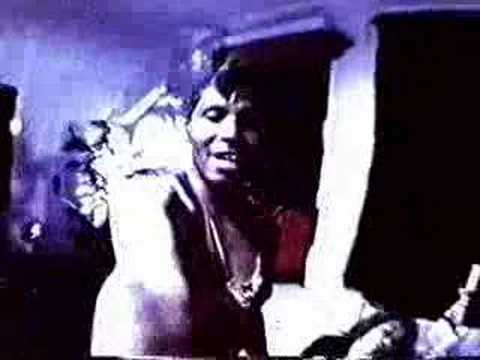 "Yeah, Kool Keith should keep it real
He should rap about space and Mars..."


[Kool Keith]
Yo, I'm tired of looking at everybody. Same boots, skully hats in
90 degree weather, looking to get into clubs for free. I'm not
smoking blunts, or looking for jazz records at the Roosevelt.

I left New York, the city itself was stress depression
High boots and urban beats, that wasn't my direction
Producers filtering join in with R&B
A million rappers, some clones trying to sound like me
Biting my space styles, biting my horror-core
All I saw was Kool Keiths on my thaw
Record companies had G'd-off all my royalties
Watching vinyl spin, local groups' wack MC's
Some try to rap with that perpetrate mobster crap
Karl Kani jeans, fat stomachs in the limosines
Mixtapes by wack DJ's adds doo doo play
I'm on the turnpike, the city drifting down the highway
Like a mirage, the style there is all illusion
On videos out of town, peoples buy confusion
Rolling high with cash pulled over down my eye
Since I've been out, y'all can't see

Watching TV so bored, while imbiciles hold the mic cord
Graffiti playgrounds are played out, yo how'd that sound?
Army fatigues are weak, is for the minor leagues
No rapping cyphers or brothers in the rented Benz
Crews on stage, acting hard with a thousand friends
I saw the place turn plastic, crackers looping beats
People with no deals, walkmen rappin on the streets
I turned my back, 90% of the city sounded wack
Payola scams switched DJ's like a rubber band
Everybody clear with beats trying to be Premier
Clearing samples, your SP-12 fake examples
My money grows with green from my own label
While you act rich with no cash on the bigger label
Your tri-state ways are shut down by barricades
In fact I packed my bags, and listened to E-40
Mac Mall, C-Bo, and other rappers you don't know
You're narrow-minded and styles of mind you won't find it
My sound proceeds with moog and undertone bass
No comic gimmicks with beats rapping in my face
I come back real, solid rock razor steel
Tap your program, show the world I'm the man
You copy Poppa Large, the industry is large

As I do see sorta rugged wack beer commercials
Some rappers are bought and puppeteered like the Ninja Turtles
From Manhattan I heat up, yo light up Times Square
I make noise like open high hats on your cheap snare
No promotional shows, girls wear corn rows
People with hooded sweaters on crack keep me on my toes
I walk with straw hats, fake glasses in the projects
Bring my ghost image so tense on the line of scrimmage
Playing my numbers, waiting for the Five to come
Spaghetti out the window, people acting dumb
Fire hazards wake the neighbors, your family's nosy
I come and go as I please on blockhead MC's
You bought new sneakers, no car, scrambling on the corner
I'm not the star you are, the city's fallen far
By mechanism, you're on my tip
Stay off my penis, you've duplicated me for years