Payback Is A Grandmother Lyrics

Lyrics to Payback Is A Grandmother

Payback Is A Grandmother Video: 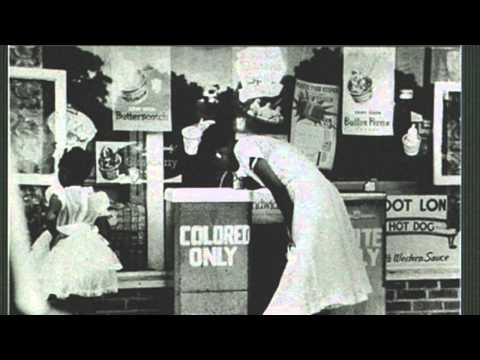 [Common]
Yo.. I don't know what was on y'all niggaz birds(?)
to go up to the boat - and start robbin old folks
Now see you done messed with the wrong old lady
You done went wild; yo, check it..

There was a Hardy Boy mystery I tried to solve again
Dude that broke in my crib - it wasn't involvin him
Four in the mornin, my phone ringin
I'm thinkin, "Who da fuck is this," on the other line screamin
Told em, "Keep(?) down," but they was breathin hard
It was my grandmother tellin me that she had been robbed
I told her hold (hold) tight (tight), I'd be right over
Freezin but this situation made the night colder
Knew this was the night (that what?) that she played poker
with some friends in a club at the boat gettin bub'
Said she seen these thugs on the boat for a while (uhh)
Not gamblin but every now and then they'd smile
Then BLAOW!They had(?) Mag's
and told everybody, "Put your shit in the bag"
Made people strip naked, quicker than a Luke record (what?)
Had the place took in a minute and some seconds
Asked her how many of it was em?(How many of it was em?)
Said she couldn't remember
She was spooked and buzzin, couldn't describe em
cause it happened too fast (what?) said they looked like me
with they pants hangin off they ass
Got her some water - and begin to think
How these niggaz take her wig, her bracelet and her mink?
Somebody round the crib know the deal (uhh)
Whoever did it better have Blue Shield for real
cause yo, it's the big payback..

[Common]
Later that day I went to the 'shop, to see what was up
Them niggaz probably knew somethin plus I needed a cut
Walked in they was playin Jigga (jihh-gga..)
Discussin how Da Brat titties done got bigger
These niggaz next to me, was talkin bout the heist
Whoever did it even got Jordan for his ice
Said that it was done so precise the cops ain't know nut-nin
Had to use all my might not to ask no questions
Put down the magazine, went to the pop machine
Noticin these cats, had the Bling Bling
They wouldn't be talkin if they did it; it could be they team
A week ago neither one of these niggaz had a ring
This Hype(?) came in, sellin CD's; said the BD's
was braggin bout robbery they had done
By now, I'm thinkin bout my gun if I see gramps bracelet
I'ma play racist (and what?) and make niggaz run
It's the big payback..

[Common]
My imagination roamed as I got in the chair
Thinkin - when shit went down, I was I was there
Fuckin with fam' - who you are, I don't care
Have your guys pourin liquor witch'ya name in they swear
These chicks claim they was there, knew the niggaz who done it
Said it was Smoke and them from the Wild 100's
Eight million stories got me runnin in place, it's gettin tricky
(like who?) like dude, that do drum'n'bass
There was a air in the place, that made me suspicious
Normally, they'd be talkin like bitches
My barber cut me with a quickness (what?)
Asked him where he got the new bracelet;
he said it was his sister's - I knew then
What made it official, he gave me my change
The money clip had gramp's initials (c'mon)
As I, whooped his ass up, six niggaz masked up
Pulled up in a Cadillac truck {*gunfire*}

[police scanner]
.. three-alarm fire ?? and a possible homicide
The building is entitled "The Ultimate Barbershop"
There are six unidentified bodies in the building
They are all presumed dead
I repeat they are all presumed dead
However there are no suspects
I repeat the subjects are at large
we might need some backup..
Inform O'Malley that we need backup, over..
The skit definitely needs more ?? added to it
plus a new writer for the script, thank you..
Someone get Prince Paul on the phone please..