If Heaven Was A Mile Away (A Tribute To J Dilla) 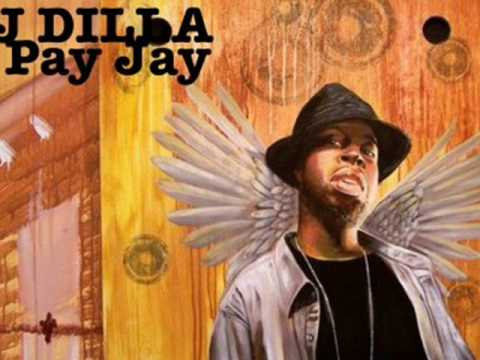 Yeeeah...
I stepped on stage just to scream "Go ladies"
And after my set she went crazy, slow it down baby
I can't keep running, energy after the show
Fo' fucking, one won't do, two's not enough
So why you in my ear with this fall in love stuff?
I'm just tryna break backs, let me see you climax
Smoke a little purp', zone out to some Dilla tracks
I don't know what you been told
You dealing with a player, pimp hand ice cold
I'm a get this money, did get honey
So get ready, shake it down for me lovely
Hold tight...

[Chaundon:]
On the count of three say "Fuck the police"
Back and truly in the fleece, diddy-bopping in the streets
Getting busy over beats, (what?) I'm +Fantastic+
On another +Voyage+, you know who the boy is
Puffing on the line with Esche
I wanna thank the nigga who sold J Dilla his first SP
From the D back to NYC
I'm spitting game to this beat like it's a P.Y.T.
It's +Human Nature+ to turn it up, burn it up
The illest Soulquarian to ever serve it up
No it ain't hard to tell who the realest it
Chaundilla bitch, got the world on that J Dilla shit

[Joe Scudda:]
Uh, yeah, sticky green we tote, hoody with the pea coat
Riding in the hoopty with my groupie of the week yo
Honey got that cold and I told her let the heat blow
Dilla and the J, gotta show her how the beat go
Keep crushing (yeeeeeah...)
You know I make 'em envy by the way I keep hustling
Take notice, stay focused, I'm J-O, it's so raw
You can't put him next to nothing
So let's take it back, there's nothing like this
I can't explain all the game that you might miss
Without a chain or even a bright wrist
I stay ready like machete with a tight fist

[Termanology:]
I don't need no rims, need no Benz
Need no ends, cause I got beats
I don't need no ice, need no height
My name up in lights, cause I emcee
Aiyyo, I body rappers, them party rappers
Them body snatching college application
Rappers saying spread the bang
Wet your aim out your stain in the lane
Of the kings and the Preem's the same
Killer of J Dilla beats, shoutout to AZ
I'm rather unique, you gon' p-pay J-Jay Dilla for them beats
Pay Jay, pay Jay, pay Jay...