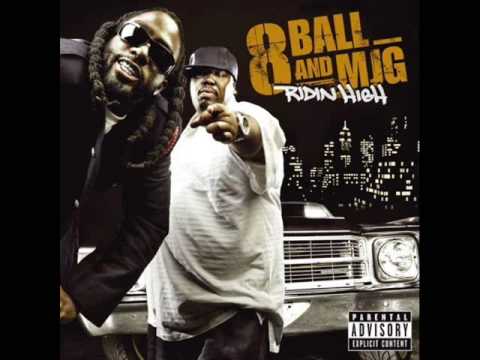 Intro (Eightball) Yeah, Yeah...Space Age forever..Niggas and hoes better recognize Eightball & MJG...been ten toes down in this game since we were two young playas in a one horse town then hopped to a muthafuckin grasshopper Nigga, my life would have been done got cut off... If my dues weren't paid. Chorus (Cee-Lo) It's ah, skinnin lines between wrong and right Trapped in a trap til the mornin light Ghetto ain't left me no choices, I had to fight My momma and daddy was too young to raise me right. Maybe I been made a man from all the mistakes I made Niggas dead, niggas gone, I still ain't afraid. Ain't too grown to get back on with ghetto games I played My life would have been done got cut off if the dues weren't paid. MJG In the middle of doin crime (Uggh), it never stopped me from writin rhymes It never stopped me from playin music, God, but it didn't mean I had to use it It was obvious, I had to give up the streets - for the beats Not knowin, but havin faith on just how long that it would be Before I made it, before somebody picked up my tape and played it With a remark like, "Hey, played that instrumental, you cat's got potential." In the process of doing talent shows, parties, and mix tapes We even put it down on some of our homeboys jail release dates I can remember in the past closin down at fast foods Strictly stickin to my dreams, but feelin like I'd be the last dude Who can make it in this rap, I thought that they ain't go see me in Memphis It was like a time they looked over Tennesseee, and didn't know Hip-Hop was in us. To all my vets in the game, I got love, stay on your toes Cause back in the days, I use to use your 4-5 instrumental to do my shows And look, I was 17 - when I signed my first contract And about 18 1/2 when I signed my worst contract, we hurt from that And til this day, they still distributin - our first tape before Comin Out Hard, now can you feel it? Be humble and patient with whatever you should choose Cause, to get to where I am right now, I don't paid my dues. Chorus Eightball A C-note for a concert, I know that sounds preposterous Nigga, we didn't have a pot to piss So we got on stage and we rocked the bitch. Fuck the chee, I love to see...My niggas in the front row Get buck wild, start a fight, the police make a nigga stop the show Niggas all in the parkin lot, bustin shots, fuckin with hoes Box chevy with the spokes and vogues, niggas didn't know shit about a 20 inch Mo-Mo Hard head, young nigga don't believe that shit, til I see that shit See them heavyweight niggas, one day, I'm gonna be that shit Ok, everybody know everybody done sold dope, ran with a gang Pimp some hoes, and..snorted a little coke..but uhh.. I'm space agein..and we'll forever be Eightball, the fat mack, and...M-J fuckin G Turn the page, from then to now, and we still grindin Small clubs and small towns think they bouncin, and we find them Put them on the guest list, make them pump their fist and get buck to this Make one of them weed smokin, gangsta bitches get fucked to this Expand, give all my true fans what they demand Do my part again and uhh...come out hard again and uhh.. Keep space agein, and we'll forever be... Eightball, the fat mack, and...M-J fuckin G. Chorus