Lyrics to Over Here 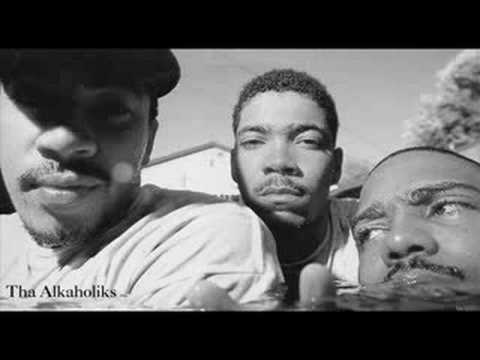 [Tash]
I make this rap shit look easy so fuck a rocket scientist
Just tables and a mic and Tash'll rock them old appliances
Alliances was formed in California, swarmin
The West coast is back so it's finally dawnin on 'em
The West coast ain't went nowhere but up the street
To get a half ounce of kush, a couple bitches and the heat
Freaky-Ric(k)y be the system, cause my style is extra popular
Your girl think it's sexy when I'm drinkin beer on top of her
Crazy as a baby but the grown CaTash get it
J-Ro and King Tee we represent the click Likwit
I would fix it if it's broke but we far from broke homey
Above the law so the cops can't plant no coke on me
Only way to stop CaTash is, jump out the bushes
Or snipe me through a window while I put away the dishes
But that'll never happen, I'ma dyin at this rappin
You won't make it to your car before the straps start to clappin

[King Tee]
I drove in with a few rowdy friends, new body Benz
King Jaffe ends, my rims don't spin
I'm the type of nigga had it poppin in the pen
You the type of nigga I was sockin in the chin
But look I bought the bar then, 'gnac and gin
Gran Marnier, nigga mixed with Henn
The King ain't trippin cause I just don't grin
My crew ain't snitchin dog, they just don't bend
So, don't stress, doja, straight to the chest
Now hold it, get loaded
I'm the bomb young stunna, that old new old school dude
88, fin' to "Act a Fool"
And your boy been ballin, nigga been brawlin
Nigga been haulin, nigga been lordin
Terrorize set by section, Tha Liks'll make a killin
They mention King Tee's in the building?

[J-Ro]
Alkaholiks hold the title, real American Idols
No chance for survival for the Likwit rivals
Lookin at my timepiece, it's about to hit noon
And I just kicked a dimepiece up outta my room
And it's been a couple minutes and I'm gettin lonely
I need another Cali-rony who only smokes the stony
Green like green tea, I sip the Likwit
Alkaholiks in the house, y'all punks evicted
Go get folded up like the cuff in my jeans
Ever since I was a teen, I made music for the fiends
Y'all make music for the mentally lean
In the land of the blind, the one-eyes man is king
J-Ro flow is tropical, scientifical, topical
I read a whole novel while I'm puffin an optimo
California carnivore, wild as a wild boar
We'll do an album, pick a tour, while you hangin at the liquor store