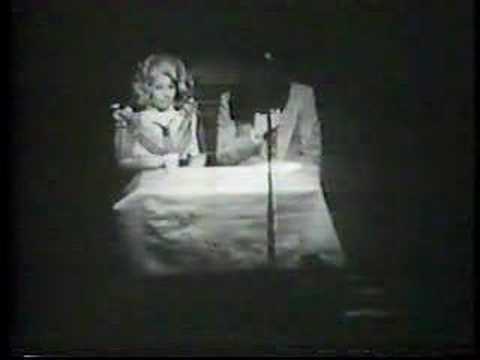 [Star:]
I am the image maker. I am the magic
Maker. I can turn the most ordinary

Man in the world into a star. To prove
My point I am going to find the most
Mundane little man and turn him into
Celebrity. Hmm! This looks like a
Suitably uninteresting house. I wonder
If there's anybody here with enough
Star quality?

He presses the doorbell.

[Star:]
His name's Norman. That sounds
Ordinary enough. I would like you to
Join in a unique experiment with me.
I am going to take Norman's place for
A few days. I 'm going to research his
Ordinary dull little existence.

[Wife:]
Oh you can't come in now! The place
Is in a terrible mess!

[Star:]
That doesn't matter. I want you to act
Normally. I want you to treat me as if I
Were Norman. I am going to sacrifice
My normal flamboyant life style and
Become ordinary, boring little Norman
For a few days.

It's like another world, being here with you,
It's quite a trip for me, so this is reality.
I'm studying every movement, I'm trying to learn the part,
Now I want you to be natural, just relax and be as you are,
'Cos it's all for art, I want to observe the ordinary people

Tomorrow I shall become Norman,
I shall go to his office,
Mix with his workmates.
And if they ask any questions
I shall say I'm doing research for one of my songs.
Nomand and I are changing places
And I'm going to make him a star,
So I'm throwing away my stage suit and I'm packing away my guitar,
For the sake of art I'm gonna mix with the ordinary people.

[Star:]
God these pyjamas are awful!

[Wife:]
Awful? Well all I can say is my Norman wears them every night.

[Star:]
Alright, no sacrifice is too great for art!

[Wife:]
Coming! You'll never get up for work in the morning.

I'm making observations, and character simulations.
I'll mix with his friends and relations,
And he'll be a part of me.

[Chorus]
He's changing places with Norman,
To get background for his songs.

I'm immortalising his life
And I'll even sleep with his wife,
For the sake of art I'll go to bed like the ordinary people.

The Star exchanges his silver stage
Suit for Norman's pin stripe suit,
Umbrella and briefcase. He forsakes
His customary brandy and cigars and
Settles for a cup of hot chocolate before
Going to bed.

[Live version:]
Hey Norman, you're stayin' at home with your wife
And you dream you're a rock-n-roll star
But you've reached the point of no return
And you don't know who you really are
You're livin' in a fantasy world
You don't know what's real
How does it feel, all of your life
In an enchanted lie[?] [could be "eternal lie"?]

[Or possibly it's "Imitating lives of... the ordinary people"]