On And On Lyrics

Lyrics to On And On

On And On Video: 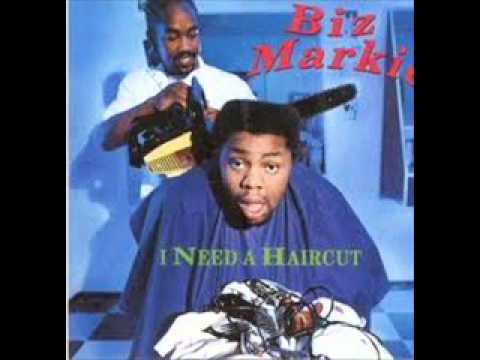 [Biz Markie] Maaaan, this is the last.. record on the album I got my man Craig Craig in the house Kevin Dee from Midnite Express Crew's in the house Charles' brother's in the house Squig Love is in the house Cool V on the vocal, gettin me mad But I'm gonna lil' do a lil' somethin like this Check this out One.. two.. one, two, three On and on and on and on and on On and on and on and on and on On and on and on and on and on Non-stop rappin to the break of dawn I'm the Biz Mark, and I'm a sure shot All of a sudden, you you you you.. I got a friend by the name of Charlie Charlie got a wife by the name of Dolly Dolly and Charlie got a son named Wally And Wally got a girl by the name of Polly Polly got a sister by the name of Molly Molly and Polly got a mother named Holly Father named Arthur, we call him Artie You don't understand and I'm very very sorry Cousin named Freida, Uncle named Skeeter He's married to my fine Aunt Rita who is the leader, of the merry cheaters So, I don't greet ehr cause my Uncle don't need her Grandma Joyce, drives a Rolls Royce Of the family I'm a favorite choice Buddy named Homer, used to be a loner Now he got a girl by the name of Mona Now that Homer's marries to Mona all he does all day is bone bone bone her Partner named Lex, get big respect Drivin in his black 300 Z-X Week after next, when Lex his get check me and Lex will be chillin in the X My girl Eleanor, went to the drugstore to get deoderant, I figure for sure Cause the one she used before made her underarms sore And that's why Eleanor, don't use it no more Her girl named Betty, who used to go with Freddie asked me was I ready, for us to go steady I told Betty, I wasn't ready to go steady, cause it would hurt Freddie A girl named Glen, she's my best friend Known her ever since who knows when And do you comprehend, the message that I send of family and friends of Grandpa Ben Like this like that like that like this You know the Biz Mark's on top of the list I rock the house and MC'sll know-a 'Member when they had a place called Shanendoah? Shanendoah, and St. Noah Biz Markie, the def rhyme flower Yo I would not rely on Noah (??) all the (??) like an MC sewer Ziga-rocka-zayga, MC say a A different kind of rhythm of rhymin display-a {*beatboxing*} AHH AHH AHHA AHH AHH, HEE HEE HEE HEE HEE The original B-I-Z with the C-double-O L-V you see Ain't no other MC like me! Cause I will rock say immediately That's why I'm chillin in the L-I-N-D, E with the N with the MC street You will agree it's me, cause I rock a funky beat The, oh-riginal B, I-Z-M-A-R K-I with the E, are a superstar They are I am me, is it because I know how R-A-P, no, I think it's deep cause my DJ Cool V is a rockin and a guaranteed to rock and be always clockin So listen to the hyper, MC fifer Is it because, yo, I'm not the type of guy that know how to make a B-I-Z-M-A R-K-I-and you know that the rhymes fly Now I go on, zest and sing Man appointed rap king make the 'phone sing I'm Biz Mark, the microphone king-er Down to wreck your body, super-educated like swinger of a rap, make your hands clap Soon to adapt; hey - say, oh Jack with the rhyme of the MC time will agree it's me, Aries is my sign So is Cool V, nine-teen Down to wreck your body and on the scene We went to the fight with Foreman/Holyfield All of a sudden, we saw a shield of girls comin round with the MC sound will agree it's me, (??) just around Just listen to the S-K-V And ain't another MC messin with me Even though I got my haircut, down to wreck your body and make all your girls shake your butt Just listen don't be missin cause I won't be dissin on Z-100, Hot 97 KISS and 'BLS'n I got the profession of {*beatboxing*} AHH AHH AHH, BPP, ah one, chk two and The lesson with the rhyme of a MC time will agree it's me, Aries is my sign I said that say once, I'm not a dunce It don't matter to me, nu-ance was a per-fume, go and consume is it because I'm Biz and I'm in a room Just (??) to my vocal, I'm not a local I'm Biz, you can call me a yokel I'm not from California, I'm not from Kansas City I'm not not part of the itty titty bittie committee with the rhyme, you will agree it's me The original, M-U-D, D-F-double-O-T hey it's me Ahh, ahh, P-E-C-E-E I spell it wrong goin on to the break of dawn, word is bond It sound kind of funky, don't it Kevin? 'Member when me and you used to go to 7/11 .. when Shelton worked there? He used to give us food, and he was fair Not because we was on the wel-fare just because we were down, and we didn't care But now I'm a millionaire makin my rap and I'm freakin that dance, make your hands clap Now are, you, gonna keep the vocal B-S I hope so cause I'm B(?)