Nuthin' But A 'g' Thang Lyrics

Lyrics to Nuthin' But A 'g' Thang

Nuthin' But A 'g' Thang Video: 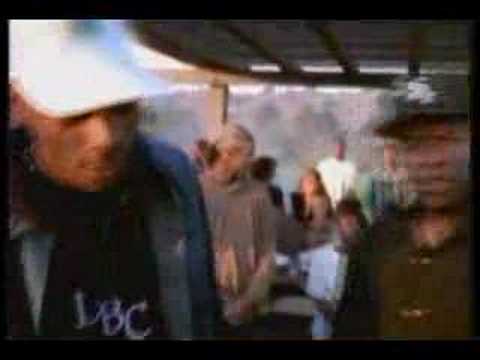 [Snoop Doggy Dogg]
One, two, three and to the fo'
Snoop Doggy Dogg and Dr. Dre is at the do'
Ready to make an entrance, so back on up
(cause you know we're bout to rip shit up)
Gimme the microphone first, so I can bust like a bubble
Compton and Long Beach together, now you know you in trouble
Ain't nuttin but a G thang, baaaaabay!
Two loc'ed out niggaz so we're craaaaazay!
Death Row is the label that paaaaays me!
Unfadeable, so please don't try to fade this (Hell yeah!)
But uhh, back to the lecture at hand
Perfection is perfected, so I'ma let em understand
from a young G's perspective
And before me dig out a bitch I have to find a contraceptive
You never know she could be earnin her man
and learnin her man -- and at the same time burnin her man
Now you know I ain't with that shit, Lieutenant
Ain't no pussy good enough to get burnt while I'm up in it
(YEAH!) And that's realer than Real-Deal Holyfield
And now you hookers and hoes know how I feel
Well if it's good enough to get broke off a proper chunk
I'll take a small piece of some of that funky stuff

[Dr. Dre]
Well I'm peepin, and I'm creepin, and I'm creep-in
But I damn near got caught, cause my beeper kept beepin
Now it's time for me to make my impression felt
So sit back, relax, and strap on your seatbelt
You never been on a ride like this befo'
with a producer who can rap and control the maestro
At the same time with the dope rhyme that I kick
You know, and I know, I flow some ol funky shit
to add to my collection, the selection
symbolizes dope, take a toke, but don't choke
If you do, you'll have no clue
on what me and my homey Snoop Dogg came to do

[Snoop Doggy Dogg]
Fallin back on that ass, with a hellafied gangsta lean
Gettin funky on the mic like a old batch of collard greens
It's the capital S, oh yes I'm fresh, N double-O P
D O double-G Y, D O double-G, ya see
Showin much flex when it's time to wreck a mic
Pimpin hoes and clockin a grip like my name was Dolomite
Yeah, and it don't quit
I think they in the mood for some motherfuckin G shit
(Hell yeah!) So Dre (Whattup Dogg?)
Gotta give em what they want (What's that, G?)
We gotta break em off somethin (Hell yeah!)
And it's gotta be bumpin (City of Compton!)

[Dr. Dre]
It's where it takes place so when asked, yo' attention
Mobbin like a muh'fucker, but I ain't lynchin
Droppin the funky shit that's makin the sucka niggaz mumble
When I'm on the mic, it's like a cookie, they all crumble
Try to get close, and your ass'll get smacked
My motherfuckin homie Doggy Dogg has got my back
Never let me slip, cause if I slip, then I'm slippin
But if I got my Nina, then you know I'm straight trippin
And I'ma continue to put the rap down, put the mack down
And if you bitches talk shit, I'll have to put the smack down
Yeah, and you don't stop
I told you I'm just like a clock when I tick and I tock
But I'm never off, always on, to the break of dawn
C-O-M-P-T-O-N, and the city they call Long Beach
Puttin the shit together
Like my nigga D.O.C., "No One Can Do it Better"