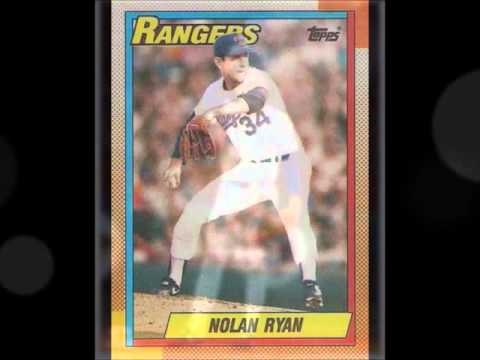 Well, our story starts in Texas, where he's tempered by the heat
That skinny Alvin boy believes his fastball can't be heat
So he brings it and he brings it and it passes every test
They're talkin' he's a wild man might be the fastest in the West

Well, he's drafted by New York, he's gonna pitch up there in Shea
With those amazing Mets, he'll help them take it all the way
He gets a World Series ring, he stays modest, he don't boast
Now it's off to California, where he'll make history on the coast

Tom Morgan is the angel, gets Nolan in second gear
Then he pitches four no-hitters in about as many years
He's working for Gene Autry, they're calling him the Ryan Express
He throws one ball a hundred, now he's the fastest in the West

But after eight years on the left coast,
He says he wants to come home
So he signs on with the Astros,
He'll bring magic to the dome
As he throws his fifth no-hitter,
They're talkin' about he might be the best

In Texas people know, he's the fastest in the West

Now he's a Texas Ranger, but he don't tote no gun
He'll mow you down with the heater, you smell leather, hear it hum
He throws a sixth no-hitter, the Oakland A's just met Big Tex

Now they're gonna judge all the rest,
Boys, against the fastest in the West

Now let's count up some numbers, he's forty-three years of age
He's got 5200 strike-outs, six no-hitters to date
There's 57 shut-outs, right up against 300 wins
And on the very first ballot, the Hall of Fame's gotta take him in