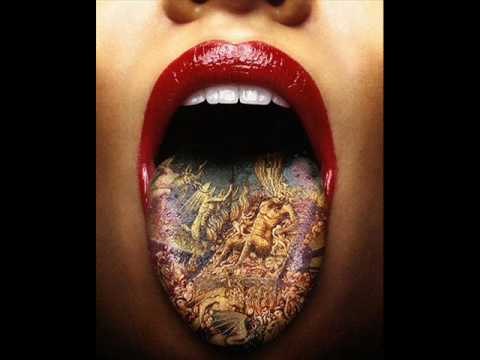 2 am. I saw hazard lights
Appeared to be a dame distressed in the night
She was 5 foot 6 and damn she was built
I slammed on the brakes and got sideways and told her to get in

She said, where you headed to the city?
I said yeah! I'm gonna have some fun
She tossed her hair back in confidence
And said mind if I come?

Into the back she whet and disappeared
Reappeared an hour later cheesing ear to ear
I thought hell I need to try and get back there
When she unzipped her pants and said looky here:

I gotta brand new tattoo
All the colors in it remind me of you
The blue is for the bruise that you left in my heart
And the red if for the color we're 'bout to paint this town
Oooh, I gotta new tattoo

And I, cannot forget
That smile when she said


(Thanks to Torjo for these lyrics)